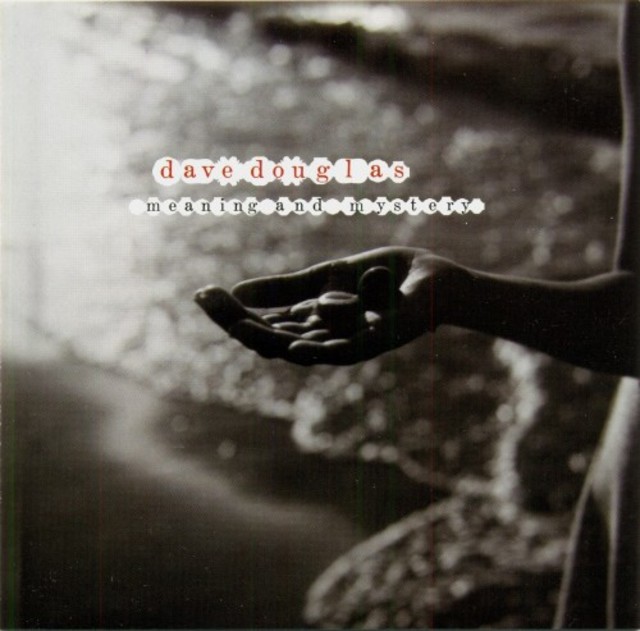 Trumpeter/composer Dave Douglas continues his veritable deluge of fine recordings with Meaning and Mystery. After the one-off 2005 projects Mountain Passages and Keystone (Greenleaf Music), Douglas has returned to his eponymous quintet for a set of nine self-composed pieces. Strange Liberation (Bluebird, 2004) added guest Bill Frisell to the quintet; this is the first pure quintet studio recording from Dave Douglas since The Infinite (Bluebird, 2002). The leader receives support from longstanding group members Uri Caine on Fender Rhodes, James Genus on bass, Clarence Penn on drums—and new addition Donny McCaslin on tenor, who replaces the too-busy Chris Potter.

Potter's frontman role in this band was a significant one, but McCaslin's much more than adequate here. His show-stopping solo on "Buleria, Solea y Rumba on Maria Schneider's Concert in the Garden (ArtistShare, 2004) may have cemented his reputation as a tenor solo fireworks technician, but there's always been more to his playing than building lead-horn drama, and it's all on display on Meaning and Mystery. Throughout the recording, his lines entwine with and dance around Douglas' trumpet so deftly that he seems a wizened veteran of the group.

That said, his solo on "Culture Wars is stunning. But then, so is the tune. Built around a simple horn phrase and eschewing Douglas' trademark mixed-meter predilections in favor of a more straightforward groove—seldom has Douglas done so much with so little—it's the best jazz performance this year. Douglas' trumpet intro, which carries on two minutes into the piece before the theme is even stated, seems to investigate and limn the possibilities of what's to come and is, like all his playing on this album, deft, sly and full of his trademark crispness and wit. Caine bravely follows McCaslin's solo with one of his own that, without resorting to grandiosity, somehow builds even more momentum as it negotiates the song's simple but elegant harmonic landscape. It's a fantastic song.

Enough about "Culture Wars. The recording pays thematic tribute to some perhaps-neglected past and current jazz combinations, like Anthony Braxton/Kenny Wheeler and Cannonball and Nat Adderley—sort of an "enough about Miles template. "The Sheik of Things to Come shows the band at its tightest as McCaslin and Douglas rip through tricky, racing new-millennium hard bop over terrifyingly rich, fearless kit work from Penn. "Tim Bits fuses a Tim Berne-style baroque-bop theme with a percussive breakdown modeled after those of hop-hop producer Timbaland—but it still manages to sound like a Dave Douglas song, and a great one.

The rhythm section of Penn, Caine and especially Genus—who seems absolutely in his element as he imbues every piece with supple, sighing lines—is superb throughout. Remove the horns from "The Twombly Infinites, and you've still got a fascinating rubato drum/bass/Rhodes interlude, and no one else could keeps the tricky metric shifts of "The Team as silkily swinging as these three can.

Meaning and Mystery is yet another superlative recording from Douglas. Will his well of inspiration never run dry?
Top
Post Reply
1 post • Page 1 of 1