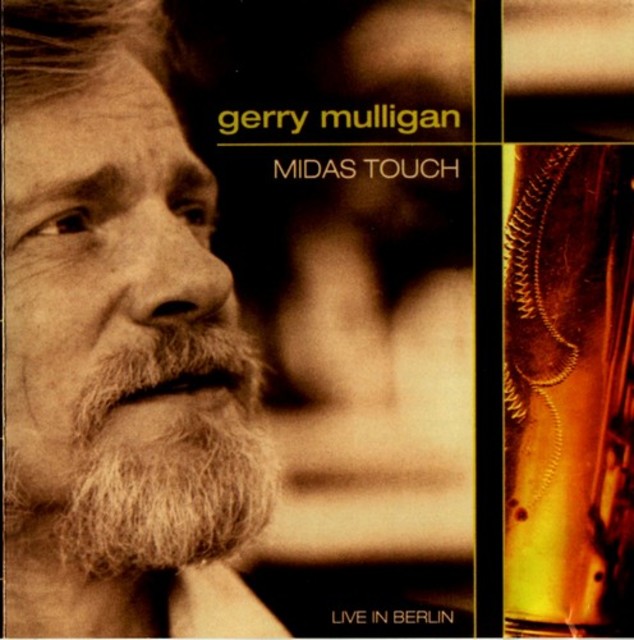 A little less than eight years after it occurred, Concord Records issued this concert, originally broadcast on German radio, from Gerry Mulligan's last European tour, performed less than a year before his death. Mulligan appears with his regular band of the time -- pianist Ted Rosenthal, bassist Dean Johnson, and drummer Ron Vincent -- playing a group of originals that serve as springboards for his lyrical style of baritone saxophone playing. The group, which had been together for several years at this point, plays smoothly, offering excellent support to the leader. A special treat is the final track, a version of "These Foolish Things" on which Mulligan duets with guest star Dave Brubeck. The album demonstrates that, in his maturity, Mulligan continued to live up to the standards he had set for himself across a career stretching back 45 years. There are no real revelations this late in the game, but Mulligan and the band play with the assurance of veterans.
Review by William Ruhlmann
Top
Post Reply
1 post • Page 1 of 1