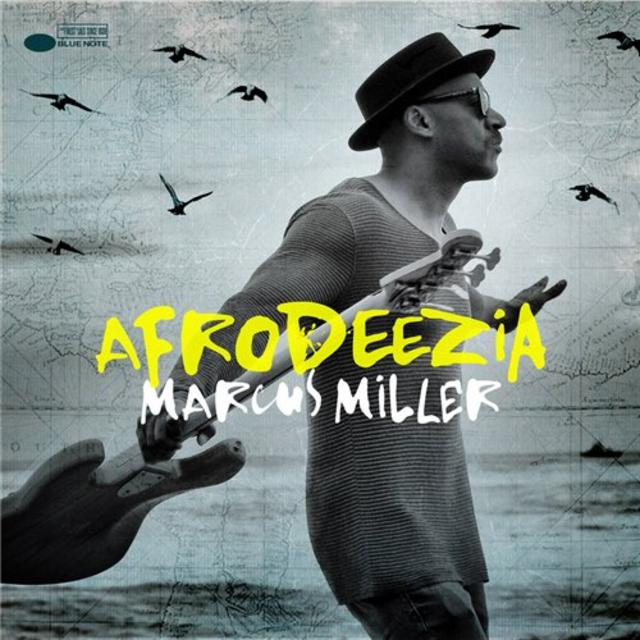 Bassist/composer Marcus Miller has signed to Universal Jazz & Classics in France and will make his debut for Blue Note Records next month with the release of his new album Afrodeezia, which will be available March 16 in Europe and March 17 in the U.S. The album’s lead single “Hylife” is available today across all digital retailers and streaming services. Miller has also announced select shows around the album’s March release in Chicago, Washington DC, New York and Los Angeles, with further tour dates to be announced shortly.

"It was after visiting the House of Slaves on Gorée Island that I composed “Gorée,” explains Miller, referring to the powerful track featured on his previous album Renaissance. “Onstage I felt the need to say what I had been feeling in Senegal. I wanted people to understand that this tune spoke not only of the slave tragedy but, through the music especially, that these people who suddenly found themselves at the bottom of a ship's hold had discovered a way to survive, and were able in time to transform their distress into joy. Shortly after my trip to Gorée, UNESCO named me an Artist for Peace, and made me the spokesperson for the Slave Route Project. That was when I started thinking about Afrodeezia."

"The power of music has no limits,” states Miller. “Through spirituals, jazz and soul we were able to preserve our history, because all the rest had been erased. What I wanted most was to go back to the source of the rhythms that make our musical heritage so rich, to follow them like footprints from their beginnings in Africa all the way to the United States. That journey took us from Mali to Paris, from New Orleans to Sao Paulo and across the Caribbean.”

“For this project, I collaborated with musicians from West Africa, South America, the Caribbean, the southern U.S. and the large northern cities of the U.S. This is my way of paying tribute to the long journey of my African ancestors who became African-Americans. The melodies and rhythms they carried with them from Africa have EXPLODED into a ‘dizzying’ array of musical styles and genres that have changed the world.”
Top
Post Reply
1 post • Page 1 of 1