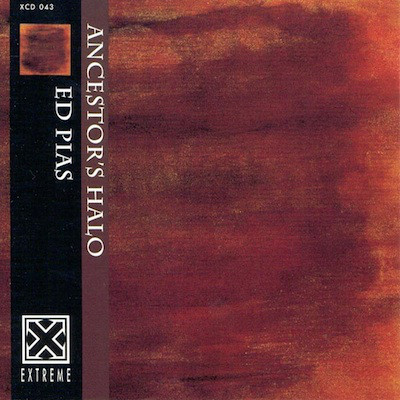 Seattle percussionist Pias assembles the sounds of world percussion from Burmese gong to ankle rattles, frame drum to tabla. Under his command, the unifying principle of this diverse array stands out. For Pias, the eclectic spectrum of rhythm produces a master's palette for the creation of masterpieces. Pias studied under craftsmen such as jazz bassist Charlie Haden and frame drummer John Bergamo, and worked with groundbreakers like John Cage and Henry Threadgill, which enriched and inspired his drum compositions. The background to each canvas (linked together, titleless, to form a mural) is a uniting drone. Included on this album is the resonant, Hindu two-headed barrel drum called pakhawaj, and high-end jingles arise from the riq, a Middle Eastern tambourine. Foot stomps come alive from the pods of West African ankle rattles. Ancestor's Halo is a tranquil, compelling and textured universe of percussion possibility.
Top
Post Reply
1 post • Page 1 of 1