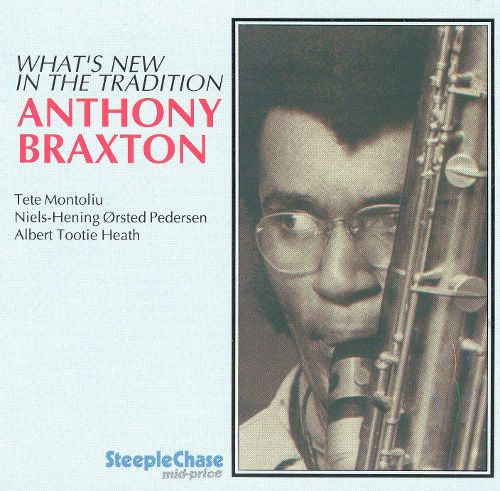 This compiles the earlier two volumes into one release. The great avant-gardist Anthony Braxton threw the jazz world a curve with these two albums. Braxton, filling in for an ill Dexter Gordon, was joined by pianist Tete Montoliu, bassist Niels Pedersen, and drummer Tootie Heath for a set of jazz standards. Braxton pays tribute to each song's melody before tearing into complex, abstract improvisations that are generally ignored by the rhythm section, who go about playing in their usual bop-oriented style. An exception is a duet with bassist Pedersen on a very spooky "Goodbye Pork Pie Hat," one of two songs on which Braxton plays contrabass clarinet. His solo on "Ornithology" on that instrument is a bit silly, for the contrabass clarinet is so low that one has difficulty telling some of its notes apart from each other. A short "Duet" (which teams the leader with Pedersen) is a change of pace and much freer. It's a historical curiosity, but features much less interaction between the trio and Anthony Braxton than one would hope.
Review by Scott Yanow
Top
Post Reply
1 post • Page 1 of 1