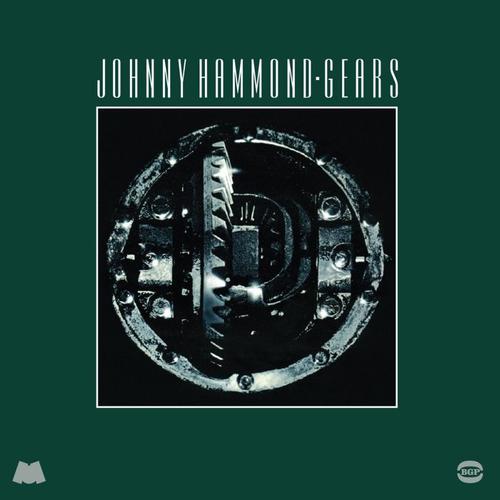 By the mid-'70s, the embracing and assimilation of soul and funk elements into the jazz vernacular had come full steam. Artists and producers from both communities were exchanging ideas and sounds that once again challenged jazz purists' definitions of what jazz "should" be. These collaborations were often scoffed at by academics and critics attempting to pigeonhole and quantify jazz into an academic exercise ripe with songbook predictability and sonic parameters. Thankfully, the record-buying public at large had the good sense to politely ignore these people and continue purchasing records with these new sounds, largely concocted by the production team of Larry and Fonce Mizell. This time around, their subject was Johnny "Hammond" Smith who proves to be more than up to the task of playing around and inside the Mizell's string arrangements which foreshadowed the early days of disco. In fact, two of the cuts found on Gears -- "Fantasy" and "Los Conquistadores Chocolates" -- were played extensively at the early Loft parties hosted by legendary DJ David Mancuso, as well as at the club many consider to be the true home of disco, the Paradise Garage in NYC. Gears starts off innocently enough with "Tell Me What To Do," which could have easily found its way on to a Donald Byrd album from this period, but then kicks into full steam with "Los Conquistadores Chocolates," a six-and-a-half-minute tour de force of funk, soul, jazz and disco all rolled into one. Hammond is in fine form throughout with crisp playing; never over improvising, but playing only what's necessary to help the music move along at a brisk pace. This is unquestionably another jewel in a treasure chest already filled with so many for the Mizell production team, and a great performance by Hammond to keep up with his contemporaries who refuse to be held back by conventional wisdom.
Review by Rob Theakston
Top
Post Reply
1 post • Page 1 of 1