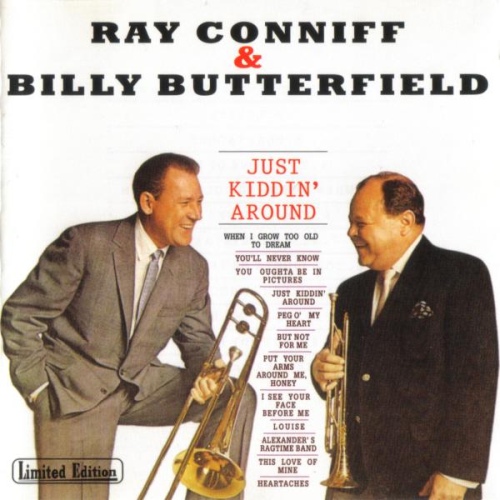 A versatile pre-bop trumpeter with a beautiful tone, Billy Butterfield could play pretty ballads and heated Dixieland with equal skill. After early experience in the mid-'30s with the bands of Austin Wylie and Andy Anderson, Butterfield became famous while playing with Bob Crosby's Orchestra (1937-1940), taking the main solo on the original version of "What's New," and making numerous records with both the big band and the Bobcats. In 1940, he was with Artie Shaw, participating in the famed Gramercy Five sessions and taking a classic solo on Shaw's rendition of "Star Dust"; in addition, Butterfield can be seen and heard playing "Concerto for Clarinet" with Shaw in the film Second Chorus. After stints with Benny Goodman (1941) and Les Brown, Butterfield spent time in the military, and then led a lyrical (but commercially unsuccessful) big band (1945-1947). He worked mostly in the studios during the 1950s and '60s, occasionally emerging for Dixieland dates with Eddie Condon, and was a key member of the World's Greatest Jazz Band (1968-1972). In later years, he continued popping up in Dixieland settings both for records and concerts.
Top
Post Reply
1 post • Page 1 of 1