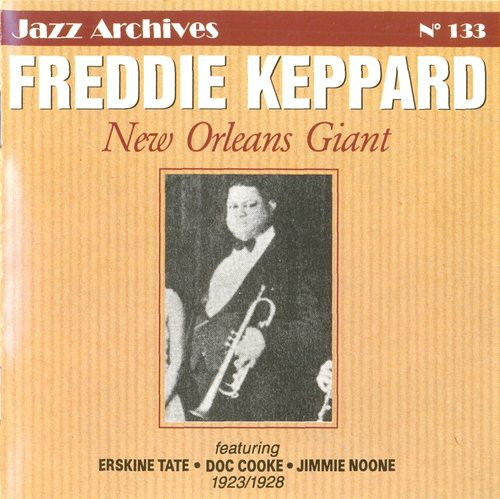 In 1996 the French EPM Musique label released the identical material on 1923-1928 under the title of New Orleans Giants, Vol. 1. Perhaps this 1998 release was aimed at those record collectors who actually don't listen to the sides they purchase, or at least not in enough detail to notice that this is the same exact 26 tracks as on the previous release. An assumption might have been made that this is the second volume of material in which the well-known trumpeter Freddie Keppard is a sideman in superb ensembles led by Erskine Tate and the underappreciated Doc Cook. Except there are no additional sides. These 26 tracks represent the entire output recorded by these groups, one of which had to break up after having all of its instruments stolen off the bandstand, the light-fingered Louies attacking during a set break, no less. True, the label does not print "Volume 2" on the cover, wherein lie the only changes from the previous set. Design has been modified, although the same picture of Keppard is utilized front and center. Several other things are printed on the cover, all of which might be interpreted as alternate album titles. Why the label got itchy fingers and created another version of what was essentially a great reissue release already is a mystery, but in the end an irrelevant one. Listeners interested in the music of New Orleans need to hear this great material, and either version of the release will do the trick.
Top
Post Reply
1 post • Page 1 of 1