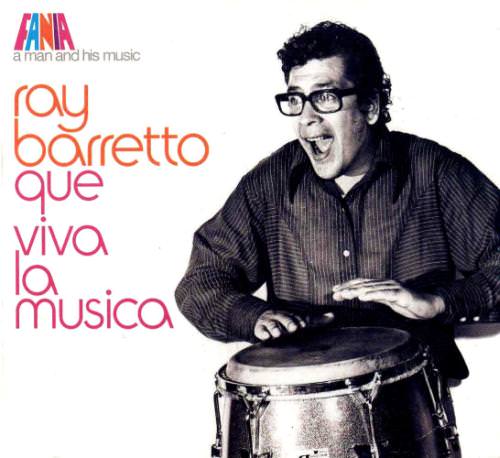 Produced only a short time after his death, Ray Barretto's A Man and His Music tells the story of a young conguero who went from sitting in on New York's after-hours jam sessions to becoming a Latin music household name, the most influential conguero of his lifetime. It's a long story, spanning better than 45 years and quite a few records, and it's surprising that the Fania label could cram it into a two-disc set. Beginning in his boogaloo years, with famous cuts like "El Watusi" and "Soul Drummers," the collection demonstrates that Barretto's habits of rule-breaking and genre-fusing were obviously formed early. These tracks show a sophistication that the majority of the boogaloo genre did not share. Moving on to Barretto's salsa/Latin jazz experimentation, "Abidjan" and "The Other Road" are a testament to his ongoing creativity. There are, of course, a number of his indispensable hits included, like "Indestructible," "Vale Mas un Guaguanco," and "Guarare." The absence of any of Barretto's genuine jazz work is noticeable and curious, but considering the source of this collection (Fania), that is understandable, if somewhat disappointing. There are guaranteed to be more than a few collections put together immortalizing the late, great master conguero/bandleader. For those who favor his salsa side, A Man and His Music is sure to please.
Review by Evan C. Gutierrez
Top
Post Reply
1 post • Page 1 of 1