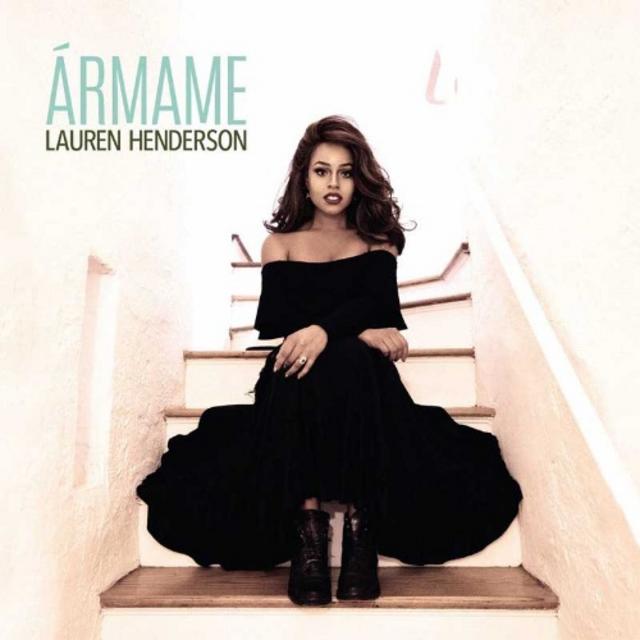 By the end of 2018 Lauren Henderson will have not one, but two, releases. The first of these is Ármame (the title translates as “Arm Me” (as from a broken heart), and the subtitle “Songs of Love and Loss”) and it is a recording that showcases the African as well as the Hispanic side of her fascinating heritage. This has also made for a most fascinating journey where Miss Henderson has traversed a breathtaking musical topography, an expedition she charted for herself from a very young age, which, in turn, resulted in a debut recording in 2011 that bore just her name. In seven years – a very short time for a vocalist so young to show such outstanding maturity – Miss Henderson’s voice has developed into a smoky, yet lyrical one with a range that enables her to move effortlessly from a high soprano to a blossoming contralto. With this taking place at such a remarkably young age, there is every surety that a greater fullness is yet to follow.

In the unusually echoey acoustic of the studio Miss Henderson shines amid a starry constellation of musicians, among whom are alto saxophonist Godwin Louis, trumpeter Josh Evans, drummer Terri Lyne Carrington – heard here as vocalist only, on Larry Willis and Terese Epp’s erudite “To Wisdom the Prize” and the uplifting “Better Days” from Richard Holland’s songbook. And then there is Sullivan Fortner, who has rapidly become quite ubiquitous, who leads an impressive ensemble – including a breathtaking rhythm section of Eric Wheeler, Joe Saylor and Nanny Assis – and who helps Miss Henderson sculpt the beguiling songs, contributing many breathtaking inventions along the way.

The music begins with “The Great City” and lyrics in Spanish by Miss Henderson. The song’s swiftly changing moods are each surely caught by Miss Henderson in precisely a couple of minutes or so. The complexities of the song demands virtuosity from its performers and from the listener too, as he or she adjusts to a new mood only to be required to move to a new one shortly after. This is, indeed good practice especially for the listener who is treated to virtuosity of an exquisite kind by the chameleonic Miss Henderson.

Her song “Tanto Amor”, for instance is twilit and melancholy, written in a profoundly thoughtful moment no doubt. This recording would suggest that Miss Henderson picked the perfect sounding board to perform it in the form of Mr. Fortner who is infinitely sensitive to every slight inflection of colour in Miss Henderson’s voice as well as to the timbral presence of the rest of the musical cast. These are just a couple of instances on a memorable, hour-long musical exposition by Miss Henderson where the listener ought to expect a full voice that also combines great tranquility. And this is what makes Ármame a disc to simply die for…
Top
Post Reply
1 post • Page 1 of 1