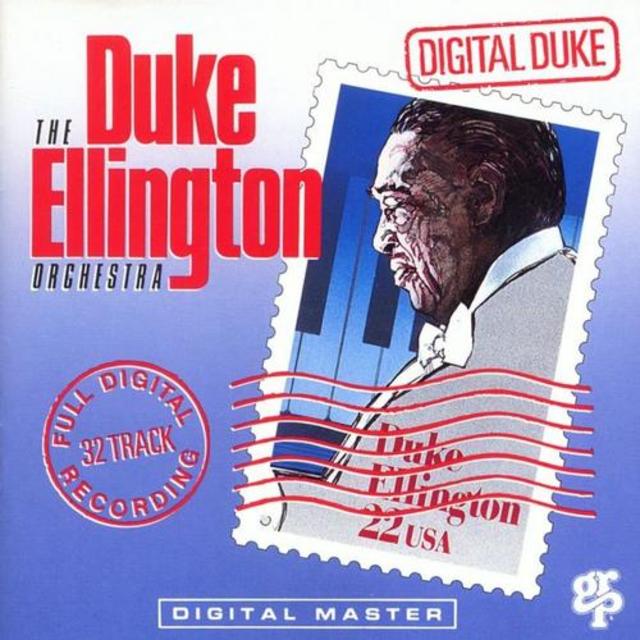 Digital Duke is a collection of digitally mixed and mastered compositions written by and usually associated with Duke Ellington. Mercer Ellington, the younger half of the father-and-son team, conducts the Duke Ellington Orchestra complete with former members of Duke's orchestra Louis Bellson, Chuck Connors, Clark Terry, Norris Turney, and Britt Woodman. Special guest performances by Branford Marsalis, Eddie Daniels, Roland Hanna, and Gerry Wiggins add to the excitement of the newly mastered collaborations. Produced by Michael Abene and Mercer Ellington, the three days spent at Clinton Recording Studio in New York City sets out to improve the relationship between the generations and their long-term appreciation of the swing era. Executive producers Dave Grusin and Larry Rosen decided to concentrate on Ellington pieces that became standards in the jazz repertory. Digitally updating the Duke's music, which was always defined by common musical threads, distinctive harmonies, unique piano playing, and unusual combinations of instruments, would require only the best musicians. The result is a timeless tribute to one of the greatest musicians of the 20th century. The essence of traditional and contemporary concepts come together on "Cottontail." It showcases an extraordinary Branford Marsalis saxophone solo honed in the Ellington style. He satisfies listeners again, at just the right tempo, with his impeccable tenor saxophone on "Take the 'A' Train." The easy pace is exactly right, as Gerry Wiggins' piano intros the time-honored ode that soon became Duke's trademark. Eddie Daniels adds a new, velvet-like, clarinet solo to the timeless, three-horn favorite "Mood Indigo." Louis Bellson, who was Duke's drummer in the early '50s and again on many reunions, is in great form on "Perdido" and "In a Mellotone." Digital Duke is a very special project, thoughtfully executed by Mercer Ellington and company.
Review by Paula Edelstein
Top
Post Reply
1 post • Page 1 of 1