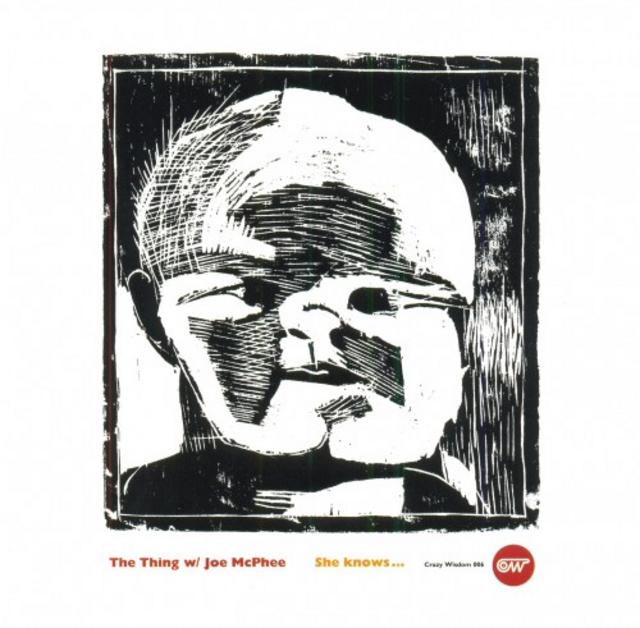 The adventuresome listener has surely picked up on Swedish saxophonist Mats Gustafsson. His work with the band Gush (Sten Sandell and Raymond Strid) is pure collaborative improvisation while his AALY Trio (with frequent contributor Ken Vandermark) is all about pure power jazz. Gustafsson’s total command of the saxophone allows him to stand toe-to-toe with the likes of Peter Brotzmann (check out the Brotzmann Octet/Tentet recordings on Okka Disc) or perform intimate duos with bassist Barry Guy on the 1997 Maya Records Froggin.

His latest work is with the all-scandinavian trio, The Thing, a band born of the music of Don Cherry. Gustafsson is joined by drummer Paal Nilssen-Love and bassist Ingebrigt Haker Flaten, both can be heard on the band School Days Crossing Division with Vandermark and Jeb Bishop. The Thing’s first self-titled recording on Gustafsson’s Crazy Wisdom label featured either Don Cherry’s music or dedications to the multi-cultured pocket trumpeter. This trio’s second outing extends the logic and music of Don Cherry and adds Joe McPhee playing pocket trumpet and tenor saxophone. She Knows... covers only one Cherry tune, “The Thing,” but follows the same path with covers of Ornette Coleman, Blood Ulmer, Frank Lowe, and Joe McPhee.

The album opens, interestingly enough, with the rocker PJ Harvey’s “To Bring You My Love.” I guess if American pianist Ethan Iverson’s trio can reconstruct the Swedish band ABBA’s "Knowing Me, Knowing You," the Swede’s surely can make alternative rock their territory. Gustafsson and McPhee recast the Harvey tune in the same mode as this entire Cherry-inspired outing. McPhee, as he has shown throughout his career, is an excellent stand-in on pocket trumpet. Together the pair hover over the territory established by the band Old and New Dreams. That is, they start at Cherry and Ornette, fast-forward to Cherry and Dewey Redman, then take the music into this 21st century open horizon. The sound of Albert Ayler propels the traditional “Going Home” and the Ulmer track “Baby Talk” with a wah-wah bass-line. We are also treated to a joyous saxophone-duet opening to the Frank Lowe tune “For Real,” where the possibilities of each musician’s horn is realized in passivity before they open up into a shouting match refereed by the energized drumming of Nilssen-Love. This is a solid hour of music making, and highly recommended.
Top
Post Reply
1 post • Page 1 of 1