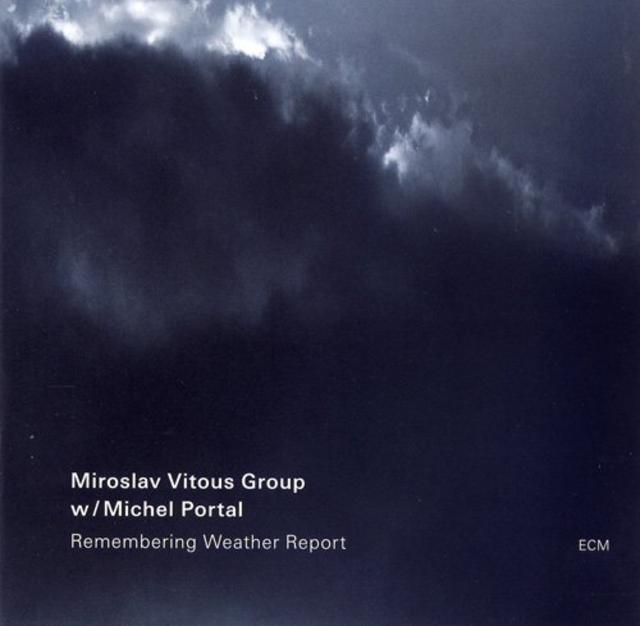 On the surface, Remembering Weather Report possesses little in common with the fusion supergroup that Czech bassist Miroslav Vitous co-founded in the early '70s with keyboardist Joe Zawinul and saxophonist Wayne Shorter, before being summarily removed on the cusp of greater commercial success. Weather Report was a decidedly electric group; Vitous' is unapologetically acoustic, and doesn't really resemble, musically, early albums including WR's remarkable self-titled, 1971 debut and '72 follow-up, I Sing the Body Electric, both on Columbia. But scratch beneath the surface and there's an intrepid spirit there that pays greater homage than more direct tributes.

Weather Report's early "everybody solos, nobody solos" ethos was a democratic dictum, asserting complete equality and independence. No conventional timekeeping rhythm section—at least in its early years—and that's the real link between two groups distanced by nearly 40 years. With a core quartet featuring Italian trumpeter Franco Ambrosetti, tenor saxophonist Gary Campbell and drummer Gerald Cleaver—the latter two back from the bassist's award-winning Universal Syncopations II (ECM, 2007)—with the superb Michel Portal guesting on bass clarinet on three tracks, Vitous has assembled a truly egalitarian ensemble—though his strong voice, especially on arco, does tend to dominate much of the proceedings. Still, with a distinctive, fleet-fingered approach and lyrical bent with a bow that rivals Swedish bassist Anders Jormin's similar ability to make his instrument sing, Vitous has never sounded so distinctive, or so good.

Opening with a tribute to Shorter, Vitous references the saxophonist's enduring "Nefertiti," but only loosely. His relationship with the intuitive Cleaver is kinetic, as the horns wrap around both Shorter's theme and Vitous' alternating arco and pizzicato, creating an increasingly turbulent setting that's all about interaction and nothing about overt virtuosity, even though there's no denying the mastery of every player. "Variations on Lonely Woman" is more faithful to Ornette Coleman's classic, with multiple cued segments acting as rallying points for the group, as its exploration creates some especially wonderful sonic combinations, especially when arco bass, tenor sax, trumpet and clarinet orbit around and, finally, coalesce into its iconic melody.

Vitous also pays tribute to Zawinul on "Semina" by referencing the recently departed keyboardist's European classicism—a characteristic that has continued to imbue Vitous' music throughout his career, but which Zawinul deserted early on, in favor of funkier and, later, world music-informed writing. A duet with Portal, "Surfing With Michel," is a high point of Remembering Weather Report if only because, stripped down to two largely linear instruments (though Vitous strums chords throughout), it vividly exposes their endearing qualities, with Vitous managing to keep time and deliver free flights of fancy in direct response to Portal's equally unfettered ideation.

Those looking for more direct reference to its titular inspiration may be disappointed, but for those who remember its original spirit and premise, Remembering Weather Report is an album that takes Weather Report's original premise and places it firmly in a 21st Century context of spirited contemporary improvisation and empathic interplay.
by John Kelman
Top
Post Reply
1 post • Page 1 of 1