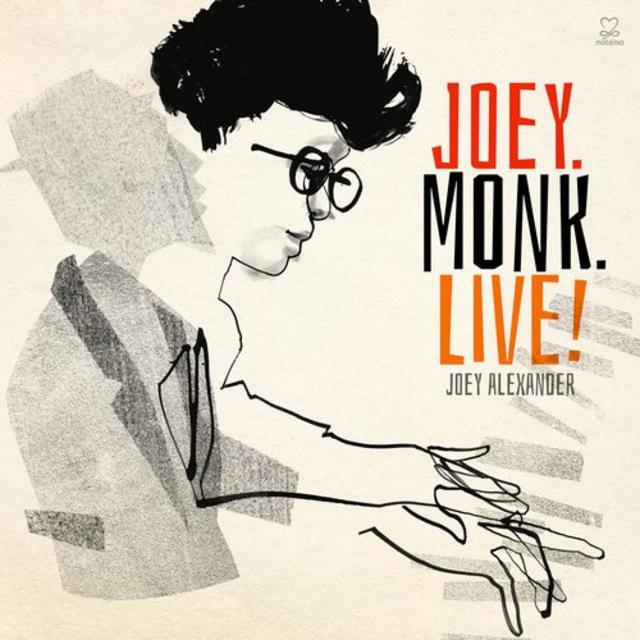 The late Thelonious Monk is most certainly the toast of the town these days. With the High Priest of Bop's centennial upon us, he's being saluted from all corners of the jazz world. Pianist John Beasley is leading the charge on the big band front with his MONK'estra, trumpeter Wadada Leo Smith is reflecting on the great pianist-composer all by his lonesome, and New York's Jazz Standard has given over Monk's birth month to a broad swath of tributes to mark this grand occasion. So is it any wonder that the positively precocious Joey Alexander would want to get in on the action?

The arrival of Joey. Monk. Live!, an album that documents Alexander's stand with his trio at Jazz at Lincoln Center's Appel Room in June of 2017, was something of a slap in the face to marketing norms. Rather than provide advanced notice of its approach to sweeten interest and rack up a string of preview pieces and pull quotes for advertisements, it came out of nowhere, a welcome surprise in a world short on such things. What's all the more pleasing is how the prodigious pianist addresses these oft-covered works: Alexander playfully dissects and reassembles Monk's classics, honoring one of our most iconic figures without letting legacy eclipse the present day. One need only hear the first two minutes of the "Round Midnight" opener—one of two solo tracks on the program, along with back-end bookend "Pannonica"—to realize that this is Monk on Alexander's terms. He paves the way toward the familiar melody with wide-eyed curiosity, calling to mind the act of people-watching at noon, not stargazing in the night.

The five tracks that rest between Alexander's solo piano efforts highlight his easy and expansive rapport with bassist Scott Colley and drummer Willie Jones III. "Evidence" swings, skulks, and struts, with all three men getting in on the action, and "Ugly Beauty"—anything but ugly, really—dazzles as Colley and Alexander engage in a pointed dance. Then "Rhythm-A-Ning" gives Jones his due, a marvelously morphing "Epistrophy" gives these three musicians a chance to feel out their spaces and throw a few elbows, and "Straight No Chaser" comes with swagger before Alexander takes charge and channels his idol.

Nobody should be questioning this teenager's jazz standing at this point, what with his previous albums, television appearances, and high profile performances making the case for his true arrival. But if anybody still has any lingering doubts, this one should lay them to rest. Plain and simple, Joey Alexander is the genuine article.
Review by Dan Bilawsky
Top
Post Reply
1 post • Page 1 of 1