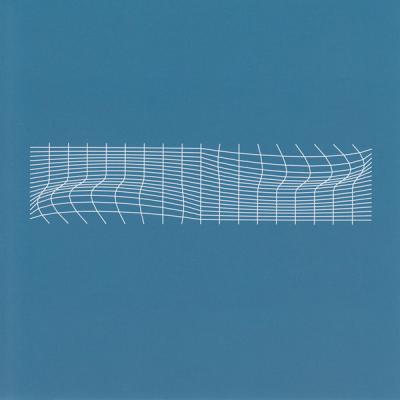 After a nearly four-year release break, I am particulary pleased to present my latest production.

The ongoing interest from the public vis-à-vis my concepts and the interpretation of my concepts by different bands, prompted me, in the past years, to dig deeper and to put into effect a new, denser form of Tonus-Music.

With OUT OF BODY EXPERIENCE, the long-standing collaboration with Wolfgang Zwiauer and Fabian Kuratli is resumed. As the name suggests, the ensemble specialises in my 1 hour, spacious, one-pattern compositions.

In the summer of 2004, I wrote PART 64 in the Tonus-Music Labor in Berne. Structurally, I am principally interested in the advancement of my "curved patterns", that I discovered during my work with speech samples ("Time Experience" and "The Longest Journey", both of which are compositions/ productions that will be released on the Tonus-Music-Records label in the near future). In the past, my experiments, aimed at synchronising music and the flow of speech, led me to be forced to serialise binary and ternary groupings in short sequences. This wave-like interplay awakened the impression of a curvature in the rhythmical structure of a given piece.

For the first time, independent of speech-pattern compositions, I used this same procedure for PART 64. These curvatures comply with my continuing interest in the perception of time and approach my idea of musical slow-motion.

PART 64 consists of 4 parts, each of 15 minute duration. The last 5 minutes of each part always end in an Intermezzo. The different tempis of the individual parts refer proportionally to the curvatures. The Intermezzis are in accordance with the opening tempo of the piece.

The antecedently recorded, basic structure of PART 64 was played by Wolfgang Zwiauer and I. This rhythmic-harmonic structure consists solely, throughout the full hour, of 7 tones and serves not only the basis of the piece but also its improvisations. At live performances of the piece, the basic, 7 tone structure is sounded via a Surround System.

Unlike other Tonus-Music compositions, the main emphasis is not on the constant repetition of patterns. Starting from emptiness, the grooves, in their individual parts, are fragmented and then continually newly arranged. However, much like the classical Indian Raga, the specified 7 tones and the rhythmic foundation of the piece are never abandoned. By way of the fixed net of recorded basslines, the musical hierarchy is put together anew and the separation between soloist and accompaniment is thereby removed. There are no further themes, melodies, bass patterns or figures that are not directly or psycho-acoustically audible in the basic structure of the piece.

It should be intoned that this music is not just a matter of concept and structure. Above all, it is important for me to play a music that, despite of theoretical principles, breathes of itself and moves the listener. In my search for new musical forms, I embrace sophisticated, well thought-out concepts of unusual, arcane beauty.
- Don Li
Top
Post Reply
1 post • Page 1 of 1