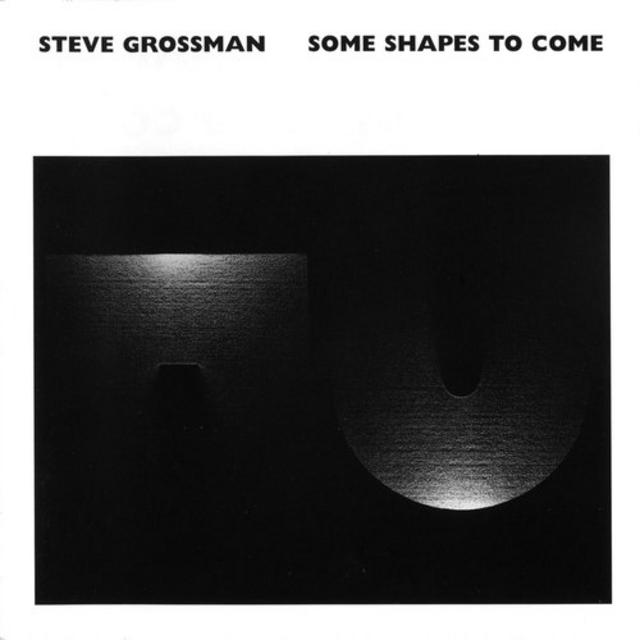 By the time Steve Grossman released this debut, he and percussionist Don Alias had spent several years recording and touring with Miles Davis. Of course this time spent with the vanguard band of jazz fusion and music, in general, had a profound effect on the musicians and, thus, this album. Some Shapes to Come is an album you can stand up against almost any of the jazz fusion standouts of the '70s. No, it can't go toe to toe with that era's seminal landmark albums (Bitches Brew, Multiple, Black Market, Emergency!, etc), but in terms of artistry, musicianship, and ambition it is among the next tier of thoroughly excellent works. Grossman and Alias teamed with bassist Gene Perla (the three would later comprise the Stone Alliance power trio) and keyboardist Jan Hammer for seven tracks of Afro-Cuban tinged gutter funk and seething jazz. It comes from every angle and direction (only the swinging but fiery "Pressure Point" is straight-ahead, and must have been right up Perla's alley, as he was fresh off a stint with Elvin Jones' band). You'll hear touches of Mwandishi ("Alodian Mode) and even McCoy Tyner ("Haresah"), but no sound is aped. Perla may be the understated star of the album, with every track held together by his linchpin bass work, a thump and grind that are as good as the classic grease Dave Holland, Michael Henderson, and Stanley Clarke were churning out at the time. All you have to do is check "The Sixth Sense," the grimiest tune on the album. Here, the rhythm section offers a groove that, decades later, sounds far more current and hip than most of the recent, rehashed, revisionist rhetoric today's young musicians fall victim to. Hammer, who drops chords as heavy and thick as molasses throughout the album, is almost as responsible as Perla for the album's collective, steady groove. You can also see on his "Sixth Sense" solo why he fit in so well with the more rock-leaning Mahavishnu Orchestra, somehow manipulating his Rhodes to sound like a scorching electric guitar. But smell is the one "sense" that really identifies this album. It's the funk, baby. Everything grooves and bounces. "Zulu Stomp" is one of those jazz songs out of the James Brown breakbeat-ready school of fusion-funk and it also exhibits why Alias could arguably stake a claim as his era's greatest percussionist. It all created the perfect canvas for Steve Grossman to get busy. One could argue that through all his hell-bent solos (using the sax so rhythmically, it's almost like a percussion instrument), he didn't blow one wrong note. There are no lowlights on this album, no soft moments. Often overlooked, it is one of the '70s most unheralded jazz gems
Review by Vincent Thomas
Top
Post Reply
1 post • Page 1 of 1