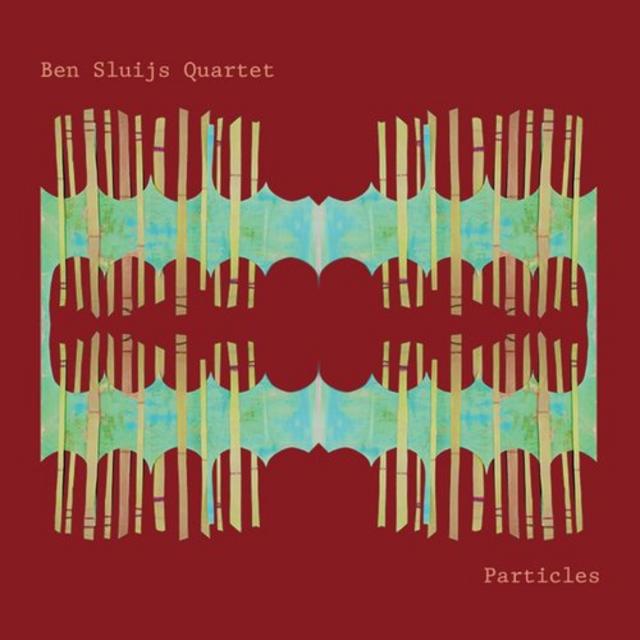 The music of Particles is made by elements of the proverbial molecule that dance to a helix-like rhythm around the winds and reeds player Ben Sluijs. Whether he is playing alto saxophone or flutes seems to breathe in the same spiritual air that informs his likely mentor Yusef Lateef, the spirit of whom “Song for Yusef”, no doubt, regales. However, lest this give the impression that Mr Sluijs is a clone of the sainted legend this is quite clearly not the case.

In fact Mr Sluijs’ playing is done in the liquid tones of a singular voice that borrows from no one and in high registers and low, is a masterpiece of lyricism and subtlety that sometimes hardly so much as suggests the evanescent tone colour of a note before letting it slip into the nether world of a cascade of others, each more beautifully sounded than the other. Mr Sluijs’ take on the lineage of the cool, spacey horn is also wholly unconventional and his dulcet tones float benignly over the sound of the piano, whose keys are caressed by Bram de Looze who drives the rest of the rhythm-driven cohort of bassist Lennart Heyndels and drummer Dre Pallemaerts who, in turn, add a rich and not entirely predictable harmonic foundation to this music, carved into an unique niche by these impeccable musicians.

The surprises, when they come, are effective, discreet and deeply meaningful; a gamelan-like riff balloons in the sardonicism of the melody of “Miles Behind” and is played as pizziccato harmonic, a delicate curlicue of a bass-line underpins what sounds almost like a Gaelic lament on “Mali” and a close-knit ensemble passage develops from a single phrase on “Cell Mates”. Throughout Mr Sluijs continues to ring in the emotional changes in mood, structure and tempo, making for a constantly interesting programme.

The considerable degree of balance and integration of melody, harmony and rhythm, of composition and improvisation, of exploration, individuality and tradition is impressively maintained throughout as well.
Review by Raul da Gama
Top
Post Reply
1 post • Page 1 of 1