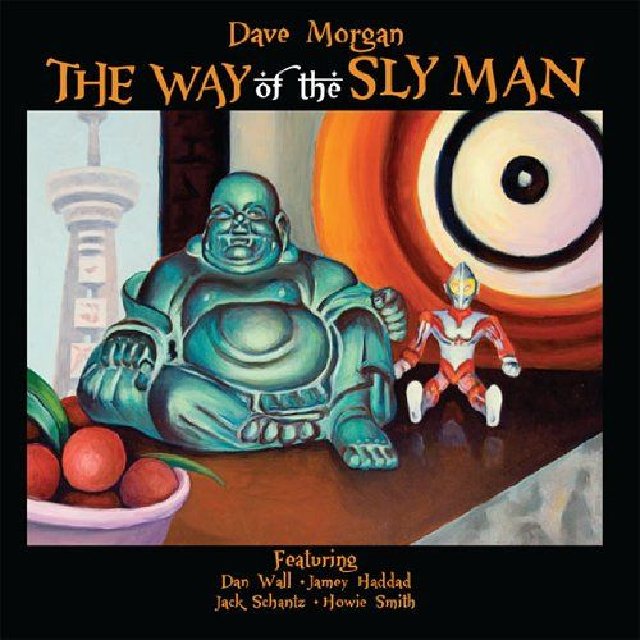 The Way Of The Fakir

The teachings of 20th century mystic G. I. Gurdjieff have appealed to their share of artists, pianist Keith Jarrett, guitarist Robert Fripp and singer Kate Bush being among the more famous musicians to fall under Gurdjieff's spell. Jarrett, in fact, went so far as to record an album of Gurdjieff's solo piano music—G.I. Gurdjieff Sacred Hymns (ECM, 1980). It's unclear how devout a follower bassist Dave Morgan is (he notes that trumpeter Jack Schantz approached him with the idea for this concert-length piece), but nor does it matter. The result is an inspiring, moving piece of music for those of all persuasions along the religious/philosophical continuum.

The piece is divided into four parts, representing Gudjieff's teachings on the so-called "Fourth Way": "The Way of the Fakir," "The Way of the Monk," "The Way of the Yogi" and "The Way of the Sly Man." Like October 2009's concert premieres of the piece, the recording features members of The Jazz Unit, a variable group of 10 or so musicians who held court for a number of years at The Bop Stop club in Cleveland.

"The Way of the Fakir" is a two-part movement consisting of "The Search (Seekers of the Truth)" and "The Law of Three (Dervish Dance)." The first features the screams and screeches of Howie Smith's soprano saxophone over a droning, Indian-like buzz and in response to deep, formidable group-horn melodies. Smith's improvisations elicit notes of both a Sisyphusian and Einsteinian struggle. On the heels of this howling raga, comes the decidedly peppy dervish number, led by Morgan's stepping bass. Horn choruses twirl around Morgan's core for a few minutes before giving way to the deeper pull of Chris Anderson's trombone, and then Bob Fraser's Spanish guitar with flamenco-handclap underpinnings that feed back into the surging theme.

Where the Fakir represents the physical path to enlightenment, "The Way of the Monk" focuses on the religious, faith-based path. Here Morgan leads off with the anthemic "Bhakti," which recalls Charlie Haden's Liberation Music Orchestra themes (some of which members of The Jazz Unit performed, under Haden's direction, at April 2010's Tri-C Jazz Festival), and gives pianist Dan Wall considerable room to stretch, space he makes lively use of. "Identifyin' (Blues for G)" is perhaps the most interesting of Morgan's interpretations of Gurdjieffian thought. Here, he and the Unit play off the 12-bar blues form, that touchstone of American music, returning to it as a means of refocusing and honing their musical search toward truth, as it were, thus complementing Gurdjieff's insistence on freeing oneself from the distractions of the outside world to focus on what's within. "Essence," then, purportedly exposes that within. A place that proves to be rather despondent and rain-soaked, its deep horn chorus offset—if not spiritually lifted—by the wistfully sad, solo clarinet work of Tom Reed.

Fraser opens "Harmonious Development" (and "The Way of the Yogi" movement) with a minute-and-a-half solo electric guitar intro, keeping within a classical, Spanish-tinged mode. The others join him for a breezy, conventional jazz number—composer Morgan once again linking the basic disciplines of jazz to Gurdjieff's ideas about human fulfillment. With "Karnak (Stop)," an emphatic, pulsing number, the composer hopes to capture the feel of Gurdjieff's "Stop" exercises, wherein the mystic would, at a given moment, shout "Stop," inciting his followers to freeze and hold their thoughts. In additional hopes of capturing the intentional complexity of Gurdjieff's allegorical novel, Beezlebub's Tales To His Grandson," Morgan lays melodies and improvisations in various time-signatures over a base 4/4.

"Remembering (I Am Here)" and "Esoteric Circle" comprise the final movement, "The Way of the Sly Man." Whereas "The Ways of the Fakir, Monk, and Yogi require a withdrawing from the world," Morgan notes in the booklet accompanying the CD, "The Fourth Way involves doing the work in the midst of your everyday life." Yet "Remembering," which features the bittersweet crooning of Schantz's flugelhorn, proves to be one of the more introspective sections of the entire piece. But "Esoteric Circle" recaptures some of the real-world surge from earlier sections, and is also one of the loosest sections, driving through the spotlighted (and most-modern sounding) playing of individual members, as if, in the Gurdjieffian context, the musicians are breaking from a group study session to take what they have learned out into their own, individual lives.

This is an ambitious piece of music making. To attempt to capture the essence of specific philosophical teachings and modes of being is, whether you agree with the philosophical principles or not, a daunting task. But whether Morgan's composition ultimately captures Gurdjieffian thought and practice is a matter of not much importance. The work—in composition and execution—is one of both enthralling scope and intimacy, at once sounding and swelling the human urge for betterment and fulfillment, whatever the path. This is something Gurdjieff himself, no doubt, could get behind. In any event, there's little else for music—or art, in general—to strive for.
Top
Post Reply
1 post • Page 1 of 1