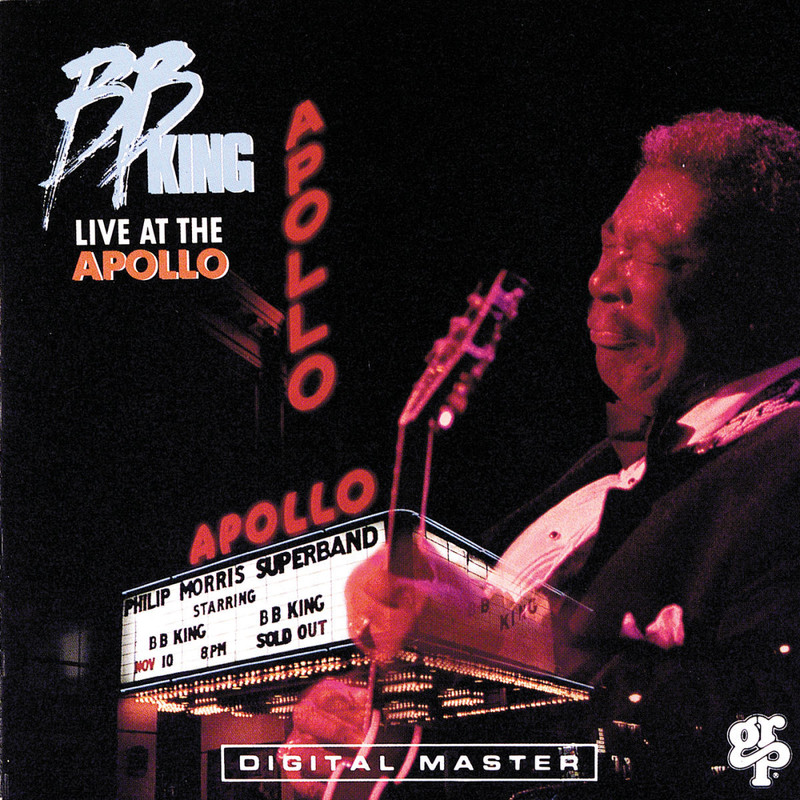 There are both good and bad points to this CD. Of the latter, the Phillip Morris "Super Band" is confined to background work with other than a few spots for Plas Johnson's tenor no soloists being heard from. As an ensemble, the all-star orchestra performs well, but is essentially anonymous. Also, despite the backing, B.B. King does not attempt to play jazz, a wasted opportunity. But, switching to the good points, Live at the Apollo is an excellent example of a strong B.B. King live performance. Somehow he always makes his combination of blues and familiar hits sound fresh. With a liberal amount of space set aside for his guitar solos, B.B. is in top form throughout the well-paced set, which is far superior to most of his overproduced studio sessions for MCA. Even if the big band is mostly irrelevant, this CD is recommended for B.B. King's singing and playing.
Top
Post Reply
1 post • Page 1 of 1