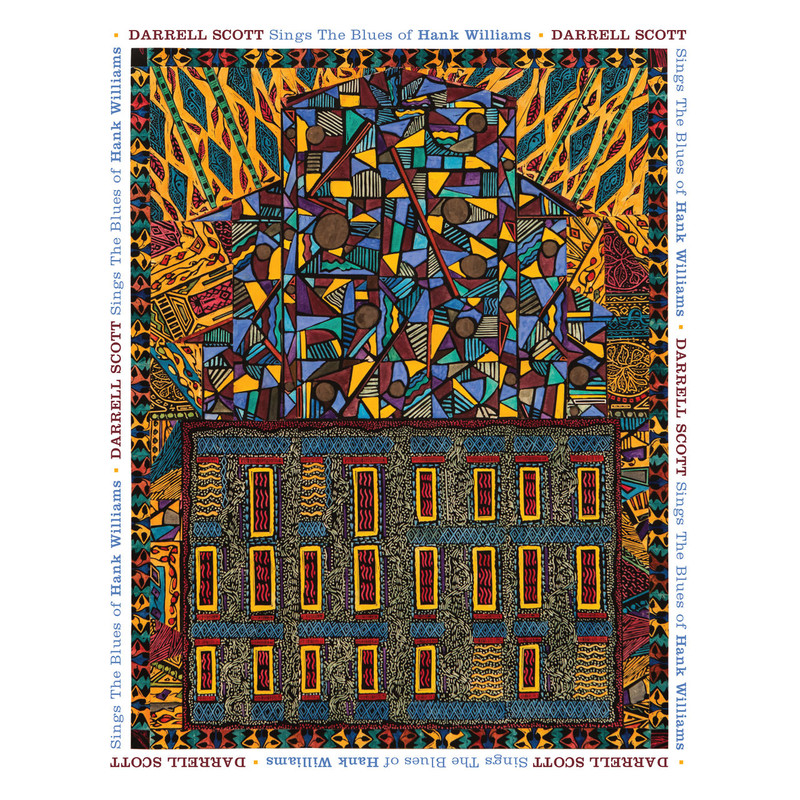 With his latest album, Darrell Scott 'Sings the Blues of Hank Williams', well-traveled troubadour Darrell Scott ventures deep into the heart of Williams' darkness to explore the beauty in the pain as crafted by the soul of a master.

"I grew up on Hank Williams - it came from my dad who idolized him - as I heard the entire catalogue of Hank from my crib and beyond, I recognized what he loved about Hank: poetic, yet totally understandable, honest, heart broken, love sick lyrics and the possibility of forgiveness from a woman, or from one's self, or from one's Creator. I listened closely" recalls Scott.

Nine carefully selected and skillfully crafted songs make up this resplendent anthology. Just as in song choice, the attention and finesse given to the sound of this record is evident from first listen. Scott bores in on the blues of Hank as he navigates varying tempos.

"I was always struck by the blues in Hank's songs in that beautiful blend of black blues tradition and poor white boy belting, having way more in common than what oughta separate them  in lyrics, in voice and in chords."

Scott's album of Hank's songs serves to honor not only Hank but also Scott's late father, Wayne Scott. Hank laid a foundation in Wayne that carried through to Darrell. "I heard Hank, I heard my dad, and I heard the blues that was only a guitar grab away for me," Scott says. "It did not occur to me to play or sing it like Hank; but, I strive to be true to the spirit and throw my version of blues towards Hank songs. This recording is that."