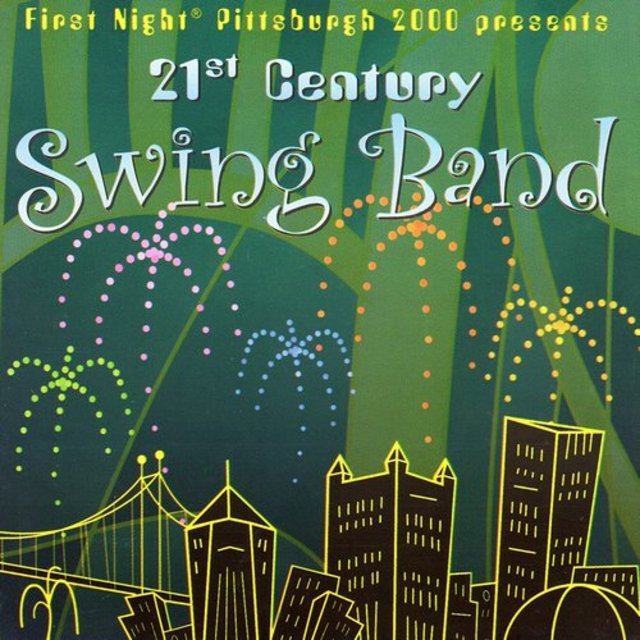 Founded in 1998, The 21st Century Swing Band had its premier performance on New Year's Eve as part of First Night Pittsburgh '99. In a memorable session at one of Pittsburgh's most famous landmarks, the Westin William Penn Hotel, band director Marty Ashby, from the Manchester Craftsmen's Guild, gathered some of the best jazz musicians in Western Pennsylvania. Kim Nazarian, from the award-winning group New York Voices, joined the performance.

Since its inception, this 10-piece band has performed locally as part of Jazz at Gretna at the Mt. Gretna Playhouse, at the Seven Springs Jazz Festival, and across the country at a variety of venues.

After such a successful debut at First Night Pittsburgh '99, the group will be repeating its performance at First Night Pittsburgh 2000 to ring in the new millennium. While the 21st century collides with the world outside, dancers will experience the rushing pulse and carefree joy of jazz. The chance to play and dance the night away, knowing the year 2000 begins tomorrow, will be a once-in-a-lifetime event.

Millennium Swing was produced especially to be a memento of First Night and a keepsake for First Night Pittsburgh attendees. The thirteen hot vocal and instrumental selections compiled on this CD usher in regional jazz for the new millennium.

The polished ballroom floor glows. The first note from the saxophone beckons. Turn down the lights and the rhythms from the 21st Century Swing Band will transport you to New Year's Eve 1999. We've recaptured the magic right here.
Top
Post Reply
1 post • Page 1 of 1