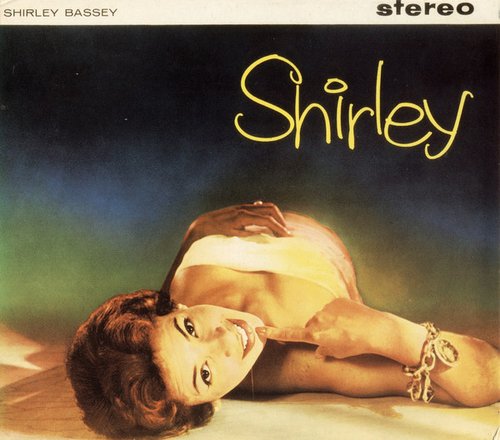 Shirley Bassey's second album for EMI/Columbia is something of a letdown after her debut, The Fabulous Shirley Bassey. Producer Norman Newell again employs the services of Geoff Love & His Orchestra, who provide rather thick-textured accompaniment that sometimes seems out of sync with the singer's full abilities, which never get used on this LP. Bassey's singing is assured and rich-toned, whether she's doing straight pop or bluesy torch ballads like "For Every Man There's a Woman," and she does plumb some unexpected depths of emotion in a slow, impassioned "I'm in the Mood for Love," on which the orchestra is a little too busy for the good of the singer or the song. Love's accompaniments throughout are rather problematic -- the bandleader evidently favored the use of bongos on some of this repertory, but, as with all instruments with the least bit of exoticism, a little bongos go a long way. Generally, Bassey seems less comfortable with both the songs and the arrangements on this album than she did on her debut, although she does have a few beautiful moments here. This was reissued at the end of the 1990s as part of EMI's anniversary series in 24-bit sound.
Review by Bruce Eder
Top
Post Reply
1 post • Page 1 of 1