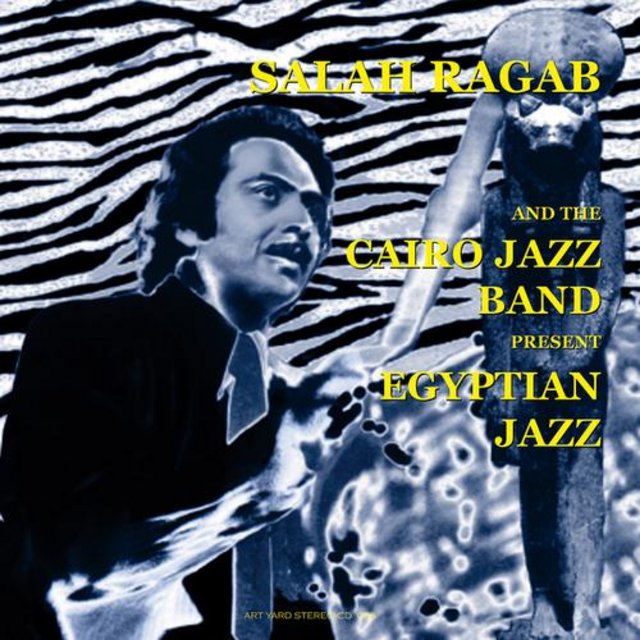 Drummer and multi-instrumentalist Salah Ragab was a central figure in the history of jazz in Egypt. A sometime collaborator with Sun Ra, Ragab founded the Cairo Jazz Band in 1968, the same year that he became the head of the Egyptian Military Music Department. The Cairo Jazz Band was Egypt's first big band, mixing American jazz with North African music, combining jazz instrumentation and musical style with indigenous melodies and instruments, like the nay (bamboo flute) and the baza (ramadan drum). Such musical cross-fertilization was not unusual in itself; American musicians from Sun Ra to Yusef Lateef had long been fascinated by the music of Islam and North Africa, incorporating both the instruments and musical forms of the Fertile Crescent into their work. But Salah Ragab’s music presents a topsy-turvied perspective, a view from the other side of the musical equation of West meets Middle East.

More importantly, however, The Cairo Jazz Band seriously swings. While there have been some tantalizing tidbits from Ragab available in the past, such as the Sun Ra Arkestra Meets Salah Ragab in Egypt release on Leo Records, this reissue is the first time such a wide variety of Salah Ragab and the Cairo Jazz Band's music has been made available outside Egypt. Collecting material from 1968-73, Egyptian Jazz is published by the UK imprint Art Yard, who have hitherto exclusively released an outstanding series of vinyl-only Sun Ra recordings. It's no surprise, then, that there's much here to appeal to Sun Ra aficionados, but with songs like the swaggeringly cocksure “Egyptian Strut” and blow-outs like the scorching “Ramadan in Space Time” and the ultra-groovy “Neveen,” this record more than stands on its own. As head of the Egyptian Military Music Department, Ragab had access to some of Egypt's finest instrumentalists, and he drew deep from this pool of musical talent. The ensemble playing is top-notch throughout and there are stand-out solos on flute, sax, and keyboards, notably on the percussion-heavy "Neveen."

The CD version, which is the first such release by Art Yard, contains four bonus tracks, none of which, save perhaps the alternate take of "Kleopatra," smack remotely of filler. Indeed, one of the most enjoyable and idiosyncratic Ragab pieces here, the mysterious, multi-part serpentine stomper, "A Farewell Theme," is available only on the CD version. It's a fantastic release from beginning to end, capturing a particularly fruitful moment of musical cross-pollination.
Top
Post Reply
1 post • Page 1 of 1