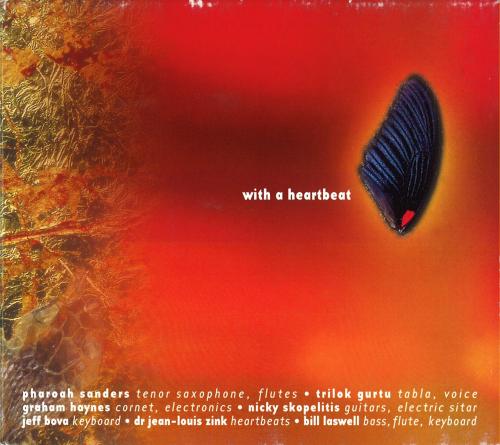 OK, this sounds like a pretty hokey concept: Pharoah Sanders and some of Bill Laswell's Material crew perform along with recordings of a heartbeat, supplied by Dr. Jean-Louis Zink. Fortunately, it comes off far better in execution than one might expect. First off, the heartbeat itself is sonically treated to be more of a bass pulse, which Laswell then elaborates on when his bass is in the picture. As might be expected with Laswell, there are strong elements of dub throughout, from the sound of the basslines to the way the instruments fade in and out. Besides the heartbeat, which is always present to varying degrees, the main sounds are the guitar and electric sitar of Nicky Skopelitis and keyboards either by Jeff Bova or Laswell. Pharoah Sanders' playing is excellent, and the album is enjoyable, but one gets the sense that this is Laswell's project, and Pharoah just plays on it. If you're looking to start a Pharoah Sanders collection, begin with something from the Impulse catalog, like Karma or Thembi. As a Pharoah Sanders record, With a Heartbeat makes a fine Bill Laswell album.
Review by Sean Westergaard
Top
Post Reply
1 post • Page 1 of 1