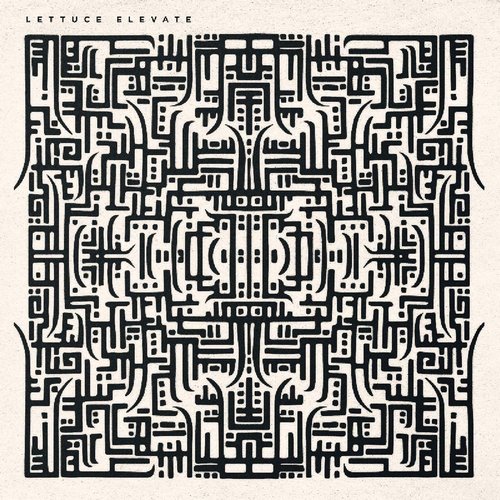 In what is perhaps an act of self-fulfilling purpose, Lettuce lives up to the title of this album, despite the fact it is not the same band that recorded Rage (Velour Recordings, 2008) or Fly (Velour Recordings, 2012). The current lineup is missing the two main instrumentalists from that pinnacle of progression: guitarist Eric Krasno and keyboardist Neal Evans are now devoting themselves to various and sundry projects including the revival of Soulive, so guitarist Adam "Shmeeans" Smirnoff remains the sole fretboarder while keyboardist and vocalist Nigel Hall is now firmly ensconced in the roles he has frequently assumed over the years as guest sit-in.

The reconfigured Lettuce wisely makes no overt attempt to replicate in the studio what they do on stage. For instance, the opening cut, "Trapezoid," works as much by dint of the space between the resounding drums of Adam Deitch and the interstellar synths of Hall, while the dub version that closes the album might be superfluous if it did not work so well on its own terms. The horns of saxophonist Ryan Zoidis and trumpeter Eric Bloom softly blow a Sketches of Spain air over and through the arrangements, a reminder of the courage Lettuce displayed in its tribute to Miles Davis on Witches Stew (Lettuce Records, 2017).

Similar airy tones reappear, albeit to a slightly lesser extent, within the dense "Krewe," itself a marked contrast to the exposition of Earth, Wind & Fire influences in the form of "Royal Highness." Lettuce has almost always done justice to its roots and here pays honest homage without simply recycling chord progressions or horn charts. Meanwhile, the fluid interactions they've honed on tour, in recent years, add a decidedly human element to these studio proceedings; the bane of funk is a mechanical feel and there's not an iota of it on "Shmink Dabby," to name just one cut.

Instead, there's a hypnotic atmosphere arising from such tracks, a sensation all the more surprising—and pleasing—-because Lettuce's musicianship continues to carry such a visceral impact. And that's even apart from the piercing guitar figures from Smirnoff; a complex layering of instruments calls for discerning listening to Elevate on headphones in order to fully appreciate such attention to detail. The glossy sonic sheen on "Gang Ten," the longest cut here at thirteen plus minutes, is only the most overt evidence of Lettuce's skilled self-production.

Sequencing to follow in quick succession the Sly and the Family Stone-derived syncopation of "Larimar" reaffirms how technical virtues combine with the tightly-knit unity of the band to mitigate the loss of their former main instrumentalists, while the dramatic unfurling of "Purple Cabbage" reaffirms that notion. Covering Tears For Fears' "Everybody Wants to Rule the World" Lettuce doesn't belabor its soulful point; instead, the sextet once again repays its debt to Maurice White and company in more clever (and indirect) fashion than the Stevie Wonder retread "Ready to Live."

Based on a contrast of acoustic (!?) and electric guitars, the punchy funk-rock of "Love Is Too Strong" features a cameo vocal from, potential Dixie rock icon of the future, guitarist The Marcus King Band, a move fully representative of the provocative unpredictable group persona Lettuce exhibits throughout Elevate.
Review by Doug Collette
Top
Post Reply
1 post • Page 1 of 1