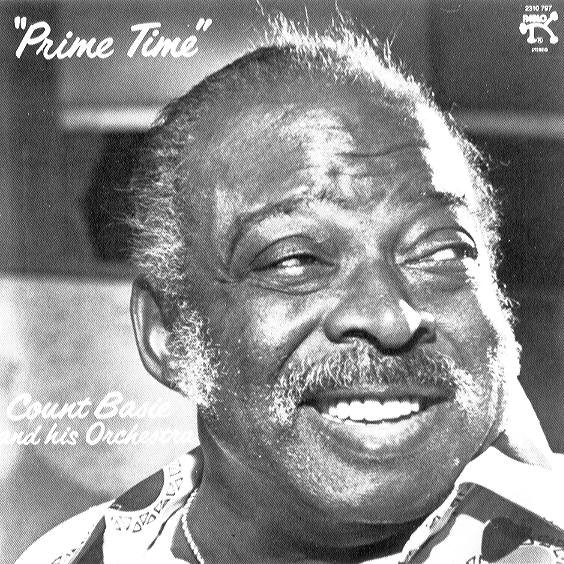 This 1977 release begins with a mid-tempo blues cut featuring The Count on piano, Al Grey on trombone, and Jimmy Forrest on tenor saxophone. Punchy section work and dynamic contrast set the tone for what's to come on the other seven tracks. While Basie continued to work in the big band setting until his death in 1984, his band's sound didn't change all that much. Much of this had to do with the key players (Freddie Green, Eric Dixon, Butch Miles, and others) who played on and off with the band until Basie's demise.

There are many highlights on PRIME TIME. Whether it be Pete Minger's solo on "Reachin' Out," Butch Miles' blazing drum breaks on "Ya Gotta Try," or Sammy Nestico's smart compositions (which make up six of the album's eight tracks), PRIME TIME swings with authority and grace.
Top
Post Reply
1 post • Page 1 of 1