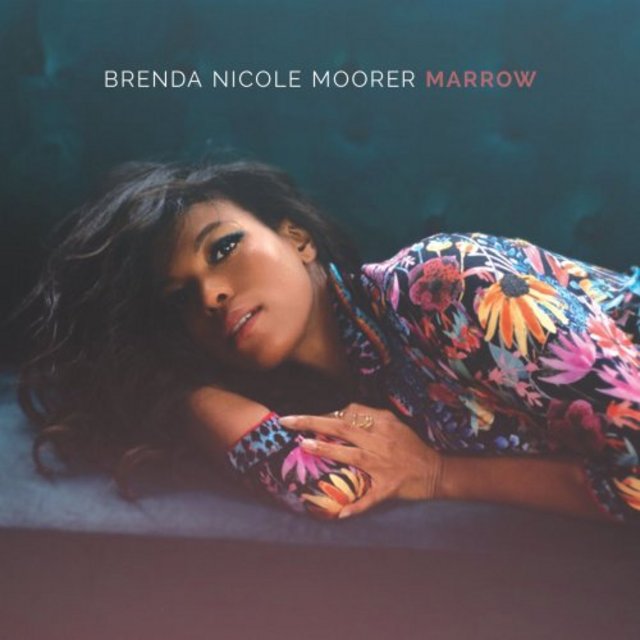 Known for her distinctive vocal quality and genre-bending jazz, Brenda Nicole Moorer is an American born vocalist, songwriter, composer, and actor. Since making her debut with her 2011 album “Songbird” she has experimented with musical boundaries, exploring everything from jazz to traditional folk, striving for authentic voice and expression in a melting pot of sound. She has been a professional vocalist since the age of 16 and came to wider acclaim after releasing her 2015, jazz influenced EP “For Lovers & Believers,” followed by the full length album “Brand New Heart” produced by Brooklyn based Jesse Fischer, which featured Chris Turner from Snarky Puppy’s Family Dinner. She has shared stages with a variety of jazz musicians including Christian McBride, Booker T Jones, Roy Ayers, and Incognito. She headlined the next generation stage at the Atlanta Jazz Festival, the indie stage at Capital Jazz Festival, High Museum of Art, and Good Day Atlanta. Winner of Creative Loafing’s Best Soul & Jazz vocalist award and the National Black Arts Festival NEXT UP award for music, Brenda has been building an audience for her brand of music.

In her latest musical endeavor, a collaborative concept jazz record entitled MARROW, - the Atlanta based artist dreams up a sound fusion of eclectic melodies and piano, with elements of jazz, folk, and chamber. Amidst its eccentric textures and intricate rhythms, MARROW finds Moorer achieving profound complexity in her lyrics, expounding on the purpose of life, ultimately creating music that inspires the soul. The album is co-written with pianist Kenny Banks Jr and guitarist Trevor Wolford, produced by London based Troy Miller (Gregory Porter, Jacob Collier, Laura Mvula, Jamie Cullum).

Born in Milwaukee, Wisconsin to a musical family, Moorer is the granddaughter of 60’s soul group singer Alvis Moorer from “The Esquires.” Her parents were both avid music fans, while her father was an aspiring musician who chose to raise his family rather than pursue music; but, passed a deep love and appreciation of music to his daughter. Moving to Atlanta as a preteen, Moorer began formal music training at Dekalb School of the Arts, where she studied voice and acting. At age 16, she began performing professionally with a girl group, and opened for artists like Ludacris and Busta Rhythms. She continued her music training learning directly from Atlanta based jazz musicians like Russell Gunn, Theresa Hightower, Julie Dexter, and Khari Cabral. Through college she worked consistently as an in demand background and session vocalist. Music opened the doors for film work and Moorer has appeared as a vocalist in tv shows “Greenleaf” and “Star” with Queen Latifah, and recently in a supporting role as Brenda Franklin in the official biopic of Aretha Franklin “RESPECT.”

She is a graduate of SCAD’s Master of Arts Program, an Arts Leader of Metro Atlanta Alum, and a Georgia Center for Nonprofit High Potential Diverse Leaders Alum. She is also the Founder and Artistic Director of Touch x Agree, a nonprofit music organization dedicated to creating space for emerging musicians. As a millennial and artist, her songwriting crafts lyrics with a quiet ache and intriguing pull. Her work has garnered attention from tastemaker Gilles Peterson, NPR, DJ Jamal Ahmad, Ebony Magazine, AfroElle, and Afropunk.
Top
Post Reply
1 post • Page 1 of 1