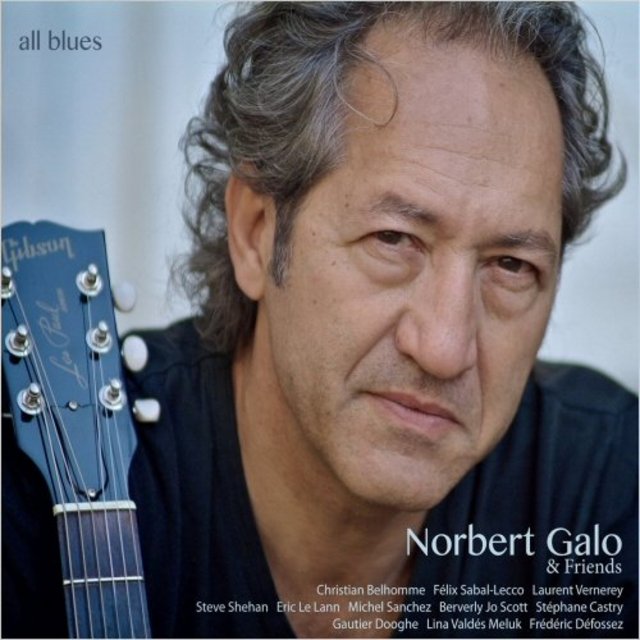 Norbert Galo is a French guitarist with Spanish origins . He started his professional career as a session musician in 1979 recording for populars artists , in soundtracks and advertisments . He learned orchestration with the great master Julien Falk and for a while he concentrated his efforts on arrangements and album productions .

Norbert left France in 1990 on board his sailing boat for a transatlantic adventure . All these trips brought him closer to his first love : The guitar and particularly Blues and Jazz .
Back in Paris in 1997 he started again on the French and international scene . He became member of the famous group Deep Forest and he worked with a lot of artist like : Ana Torroja (Spain), Josh Groban (USA), Charles Aznavour (France) and Chitose Hajime (Japan).

He embarked upon a more personal project mixing all the musical influences that he encountered on his journey to create a “Modern Blues”.
He formed Norbert Galo and Friends and he invited the wonderful musicians : Felix Sabal-Lecco, Laurent Vernerey, Michel Sanchez, Christian Belhomme, Steve Shehan, Eric Le Lann, Stephane Castry and Beverly Jo Scott… all of whom contitute his musical family.
Top
Post Reply
1 post • Page 1 of 1