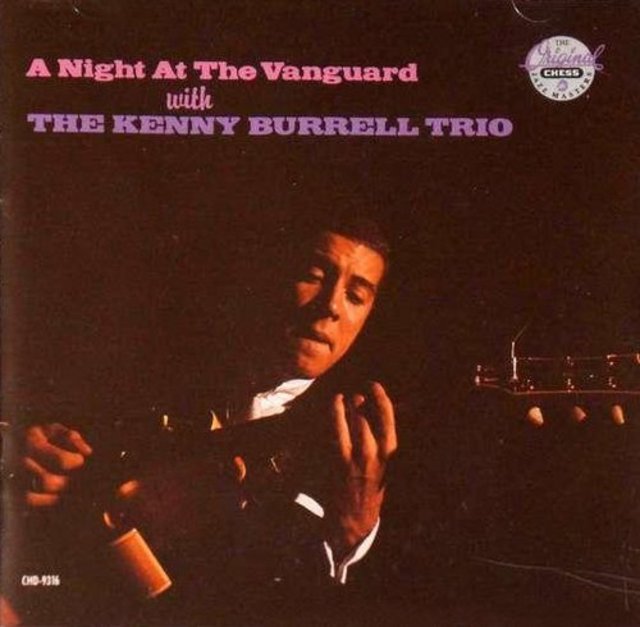 Kenny Burrell's storied career as perhaps the premier modern jazz guitarist has been documented by many efforts in the studio, but here's a nightclub date that may well be highly ranked as one of his very best efforts. The spontaneity and freshness of Burrell's lyric lines and deft chords is further enhanced by perhaps the most advanced musicians he has ever played with -- bassist Richard Davis and drummer Roy Haynes. For music done in 1959, this is heady, seat-of-the-pants, brilliantly executed jazz that is mostly based in standards, but stretched to exacting tolerances that bend, but are not close to breaking. Davis provides strong support without going as outward as he did later in life, while Haynes might sound subdued to his fans, yet has an elastic presence that allows the other two a lot of freedom to fully articulate this modern mainstream language as a prelude heading into the turbulent '60s. On this straight reissue that originally sported the title "Man at Work," the trio plays all standards save the lively blues groove, more pronounced than the studio version of Burrell's "All Night Long," and the Erroll Garner tune "Trio," where Burrell's proves expert at combining singles lines and chords in balance. Most of the material is very upbeat and energetic as on the fast and quick "Will You Still Be Mine," and the bop swing of "Broadway" mixed up a little melodically by Burrell. The love of Duke Ellington's music is always with the guitarist as rendered during "Just A-Sittin' and A-Rockin'," where the genius of Burrell is extant in his ability to provide his own counterpoint. Burrell's other precious component is his ability to relax and consistently swing as on Thelonious Monk's "Well, You Needn't," Benny Goodman's poignant and simple "Soft Winds," and dipping deep into the tenderness quotient on the ballad "I'm a Fool to Want You" aside the tango-flavored bass of Davis. A solid effort top to bottom, and a recording most highly recommended, this is Burrell and his extraordinary trio very close to, if not truly in their prime, and their element.. [The CD was also released with two bonus tracks.]
Review by Michael G. Nastos
Top
Post Reply
1 post • Page 1 of 1