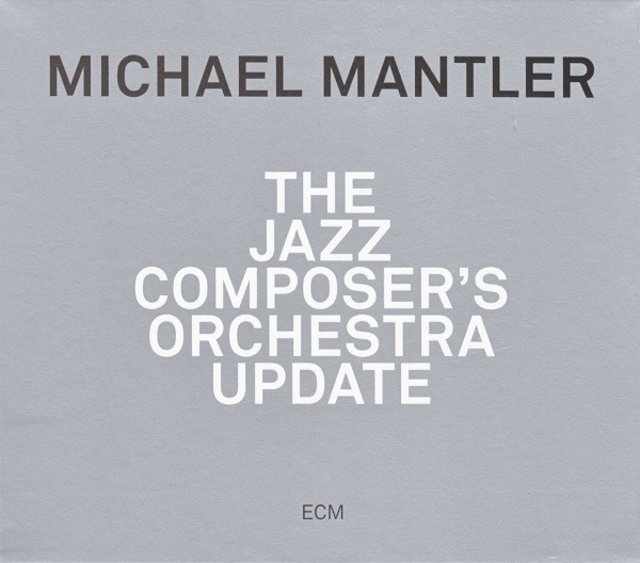 When the Jazz Composer's Orchestra album was released in 1968, it was an immediate game changer. Group founders Michael Mantler and Carla Bley had enlisted some of the new jazz's greatest soloists -- Don Cherry, Cecil Taylor, Roswell Rudd, Pharoah Sanders, Gato Barbieri, Larry Coryell, and Barry Guy -- to perform avant music in an orchestral jazz setting. Mantler, who composed the music, had come to the United States from Austria in 1962 and had a background in the classical tradition. While digitizing his catalog in the 21st century, he was surprised at how well the '60s compositions held up. He took on the task of updating the original material for a new generation of players. He also included pieces that had previously been performed but had never been recorded. These updates (which in some cases sound like entirely new compositions) were cut live over two days in the fall of 2013 at Vienna's Porgy & Bess Club. The 21-piece Nouvelle Cuisine Big Band was conducted by Christoph Cech, and was aided by an amplified radio.string.quartet.vienna. Mantler plays trumpet, and electric guitarist Bjarne Roupé is a featured soloist. The composer's stated intention to rework these pieces (written when he was in his twenties) is wildly successful. He doesn't merely re-create the originals, he re-envisions them. In various pieces, the solos have been given over to entirely different instruments (such as the string group in "Update Nine"), and the balances of color, texture, and dynamic have shifted considerably in the arrangements. He retains his sense of control: there are no extended solos here, all are focused and relatively economical, yet the spirit of spontaneous creation in them holds. This is -- as it has always been -- tactical, methodical music with vast imagination and kinetic force. The sound on the new recording is startling, present, alive, and crackling. While much of this is due to technological improvements, some is the result of Mantler's painterly attention to detail -- check the staggered harmonic notation in the horn vamp in "Update Six" where each tone is articulated just enough to separate it from the others. The noirish, moody intro to "Update Eight," gives way to a more pronounced swing dynamic. Several compositions have a stronger, more brooding sensibility than on the original album, and they've given way to more fluid and colorful approaches without losing their dimension, as on "Update Ten," with solos by altoist Wolfgang Puschnig and bassist Manuel Mayr. In the three-part "Update 12," Roupé offers both an introduction atop the brass and bass, and a searing, majestic solo when the tempo accelerates. When taken as a whole, The Jazz Composer's Orchestra: Update is a fit companion for the 1968 record. It is a bridge to the past in reference and inspiration; but it's also an utterly bracing, massively creative offering that pushes the modern big-band aesthetic further up the road.
by Thom Jurek
Top
Post Reply
1 post • Page 1 of 1