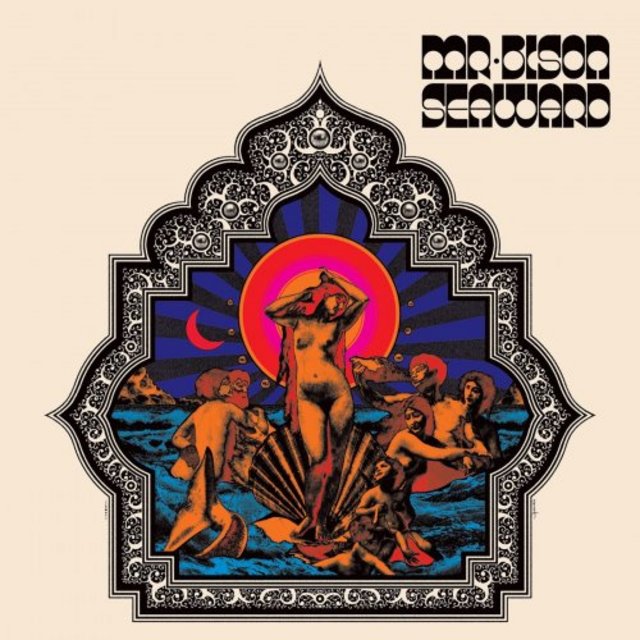 Being influenced by acts such as Captain Beyond, Jimi Hendrix, and the more recent Motorpsycho, the band from Cecina, Italy creates a wild trip and unique musical journey packed with psychedelia and virtuosic fuzz deliriums. Within just a few years, trio MR. BISON established themselves with initial releases ‘We’ll Be Brief‘ (2012) and the critically-acclaimed ‘Asteroid‘ (2016) as one of the most exciting combos in the heavy psych scene.

Following their most recent critically acclaimed record, ‘Holy Oak‘ (2018), ‘Seaward‘ will see MR. BISON to continue their path of expressive melodies and high-voltage grooves that you cannot escape and is arguably the most blazing, powerful and eclectic album to date. The band gives a deep insight about their new record:

“Curious to explore the world of progressive, and the vocal harmonic solutions of the Golden Era like Crosby Still & Nash, King Crimson, Pink Floyd, we decided to forge the new album ‘Seaward’. It’s a concept album that draws inspiration from the sea and from the legend of the 7 pearls of the Tyrrhenian Sea and as an imaginary horizon. It’s developed in 7 songs as a reference to the 7 pearls of the Tyrrhenian, narrating myths closely related to the sea, from the magic of the Sirens and the sacrifice of Andromeda to the heroic adventures of Ulysses and the ruthless curse of Scylla. 7 like Aphrodite’s pearls and the number of days in each moon phase, which affects the tides and the mood of each individual who, during magical moments of solitude and reflection, finds refuge in the horizon and in the wonderful echo of the vibrations of this majestic expanse of water.”

The project is realized with the support of MiBACT and SIAE, as part of the initiative “Per Chi Crea.” We have the first and title track “Seaward,” as well as the final track “The Curse” – streaming today, along with the new official lyric video for the latter song.
Top
Post Reply
1 post • Page 1 of 1