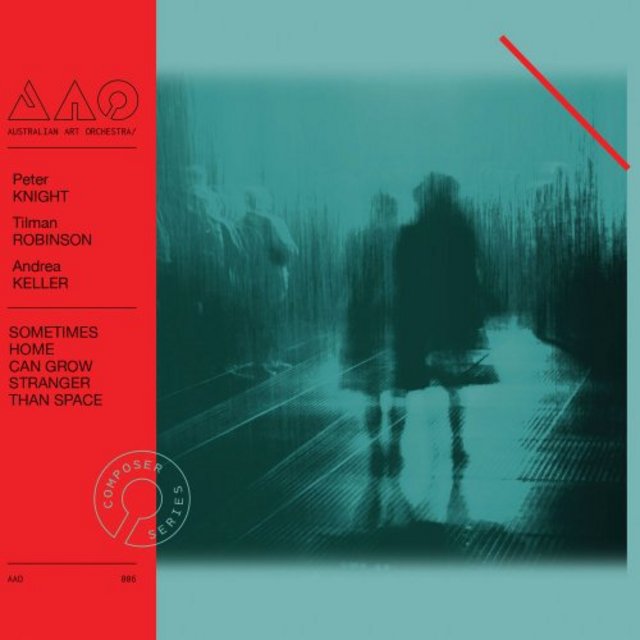 An elegy to the victims of WW1 created by three of Australia's most fascinating composers and commissioned by the Australian Art Orchestra.

Sometimes Home Can Grow Stranger than Space is a suite of three works that each respond to intimate accounts of lives remembered in fine grain detail away from the thrust of battle as recounted in the 100 Stories archive edited by Bruce Scates.

Sometimes Home Can Grow Stranger than Space premiered in 2018 at the London Jazz Festival, and at Wangaratta Festival of Jazz and Blues for the centenary of Armistice Day. We are proud to announce the long-awaited release of studio recordings of this music beautifully engineered by Jem Savage.

The Australian Art Orchestra (AAO) has been commissioning, performing, and recording music for 25 years, from notated works with master composers to free-wheeling visions of spontaneous energy that harness the power of collective improvisation. The AAO works with a wide range of musicians from western and non-western backgrounds and in the last 5 years the output has been prolific. To celebrate this creative period, the AAO will be releasing a range of new recordings in 2020 and 2021.

Sometimes Home Can Grow Stranger Than Space is the first of this series and includes three multi movement works:

Sharp Folds (words and music, Peter Knight). Peter's Knight's work imagines a parent's grief. Garry Roberts and his wife Berta never recovered from the loss of their son, Frank, who was killed in action in September 1918. Peter says: "As a father, I was struck by the image of Garry sleeping in his son's bed for months after receiving that terrible news in the hope he might 'feel his son's presence again".

I Was Only A Child (Tilman Robinson). Tilman found a tape recording of an interview by an unknown school student with an unknown returned WW1 soldier. He took snippets of this recording and turned them into a piece of music with the AAO. "It was the natural thing for anybody" says the veteran interviewed who went to war when he was sixteen years old. "I couldn't stop wondering what drove these young boys to volunteer to go to war," says Tilman. "Were they trying to prove their worth as men? It's so compelling and heartbreaking to listen to this recording of one of these child soldiers as an old man."

Bent Heart (Andrea Keller) Bent Heart reflects four stories of women whose lives were inexorably impacted by World War I, either through their service, or the service of those they loved. "My piece is a musical vigil for brave women ahead of their time," says Andrea. "It takes the words from these women and from those who knew them and sets them to a musical score."

Sometimes Home Can Grow Stranger Than Space was made possible through financial support from the Department of Infrastructure, Transport, Regional Development and Communications, Anzac Centenary Arts and Culture Fund, Australia Council for the Arts, Creative Victoria, City of Melbourne and the Ian Potter Foundation.
Top
Post Reply
1 post • Page 1 of 1