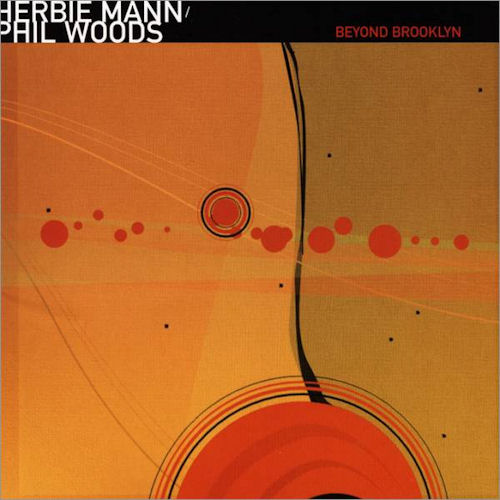 Herbie Mann and Phil Woods met when they were two barely adult beboppers jamming together at a joint called Tony's Bar on Flatbush Ave. in Brooklyn in 1951. A couple years later, Woods would play on Mann's Yardbird Suite LP. They finally shared the front line on an album again with this CD, the last Mann made before he died on July 2, 2003.

Beyond Brooklyn is a fine envoi to Mann's career, featuring the flutist in many of the contexts he introduced or helped popularize in jazz, from bossa nova to tango to the music of his roots in Eastern Europe, plus the bebop that was his, and Woods', first love. Mann never received the critical recognition he deserved, partly because, as Woods pointed out in a recent conversation, "Herbie made a lot of money, so they said he sold out."

Yet Mann's career, in both its questing nature and embrace of various musical styles, parallels that of Miles Davis. Mann championed Brazilian music even before Stan Getz. When Miles was fusing jazz with rock, Mann was fusing it with Memphis soul and Southern rock. He also was an early exponent of world music. But while Miles was usually hailed as a visionary, Mann was dismissed as just a popularizer selling out. It was a bum rap.

The music here is what veteran jazz fans call "real tasty." There's a lot to savor, from the romanticism of bossas to the frisson of up-tempo bop to the deep blue luminosity of Ellington's "Azure," with clarinet, not alto sax, from Woods. His one alto feature without Mann is "Blood Count," an emotional performance fully expressing Billy Strayhorn's wrenching meditation on mortality.