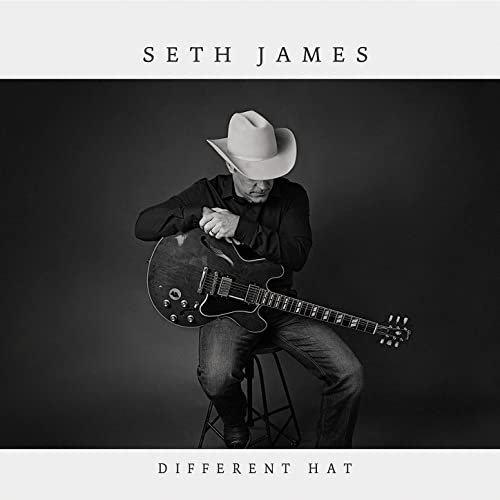 By looking at Seth James’ Different Hat album cover you might assume his music is along the lines of someone like George Strait. Seth James is in fact a life-long West Texas rancher clothed in cowboy hat and boots, but his music embodies the rock, soul, R&B and blues styles more aligned with Detroit, Chicago, New York, New Orleans and Memphis.

Growing up on his family farm with no radio, James dove into the records of Muddy Waters, Lightnin’ Hopkins, Booker T & the MGs, NRBQ, and Delbert McClinton. Working cattle on his family’s ranch in King County, James wasn’t inundated with pop culture like other 90s teenagers. He was isolated, and if he wanted music, he’d have to dig. “There’s not a radio on a horse,” James says with a laugh. “I was musical, but music didn’t seem like it was everywhere. I was always hunting for it.”

Two decades ago, Seth found a sound entirely his own and established himself as a force through his soulful vocals, clever songwriting and virtuosic guitar playing. Did I mention groove? That is one of the main ingredients to his signature musical stew.

There’s something about Seth James’ feel-good vocals—it’s as if he’s performing with his ace band on his back porch as the “awe shucks” guy next door, enjoying himself as he sings directly to you.

Standout “Solid Gold Plated Fool” (Delbert McClinton), gets the funky blues/country treatment. Think Little Feet with a modern flair. The lyrics, in the way James sings them, are laugh-out-loud funny, delivered with tons of personality. McKendree’s piano is truly a joy as are the horns. James has studied Delbert McClinton and also toured with him. When McClinton suggested James cut this song, James didn’t hesitate.

Clever storytelling and funky grooves surface in “Big Trouble” by Seth James, about a man who gets himself into all sorts of trouble. James’ phrasing couldn’t be better—he’s a natural storyteller with rhythm running through his veins. More glorious piano and horns supported by one of the best rhythm sections around. James guitar riffs here are reminiscent of the great Freddie King. He and the band are on fire.

Different Hat moves into blues-swing territory with “She Likes To Run” by Seth James and Kevin McKendree, featuring Anson Funderburgh on guitar. With a jazzy feel, James lays back into the groove vocally. Gliding over organ fills, guitar by James and Funderburgh runs through this number, both of their styles uniquely different but equally superb. It’s a six-string treat. At 2 minutes and 54 seconds, I didn’t want it to end.

In the Soul/R&B “World Full of Strangers,” we have a thoughtful track about the isolation the pandemic year brought with it. With expressive vocals, James delivers a song for our times. It looks to the shared experience of trying to find familiarity again. James lends moving guitar riffs with space and killer tone.

The whole album is so good but be sure to pay attention to “Wish I had Not Said That” with James’ wife Jessica Murray on vocals and “Moonpies.” Different Hat closes with “Real Bad Deal” by Seth James and Kevin McKendree, a smoky slow blues with moody organ and James singing it like it was his last time. It’s a powerful ending to an outstanding album. Highly recommended.
By Martine Ehrenclou
Top
Post Reply
1 post • Page 1 of 1