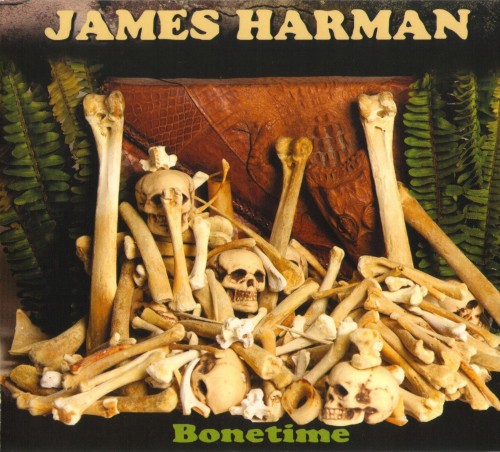 Any new material from James Harman is always good news but, when he has not released a studio album for some twelve years, a complete new CD is a genuine cause for celebration. Fans of Icepick may have started to believe that such a release might not come again, but here we now are - so put out the bunting, crack open the sugar free cherryade and prepare yourself for a party.

In truth, the 12 tracks included are not fully brand new recordings of recent vintage but a lovingly cherry-picked selection from 150 or so unfinished songs that James has stored away in his personal archive. Although James fesses up to this in his typically engaging liner notes, some clues do show up to suggest this. For example: the liner notes also pay tribute to the contributions of the late Buddy Clark on upright bass; and the lyrics occasionally let slip that the songs may not have been written recently - such as a plea to be communicated with by fax (no mention of email, text or social media!) and European currencies such as the guilder, lira, franc and mark (but not a word on the beloved euro!). This is of course of no importance; what matters is the music is a gloriously unified set of witty, wise and lively songs, all as expertly sung and played as we have come to expect of a James Harman album.

The opening number, and title track, kicks proceedings off in classic James Harman style, featuring some familiar warm and engaging vocals, trademark harp blowing, and a thumpingly excellent R&B band in support. The band here include the rhythm section of Buddy Clark and Alan West and guitars of Junior Watson and Kirk Fletcher. Elsewhere, sparkling support is variously provided by friends and band alumni, such as Kid Ramos, Gene Taylor, Carl Sonny Leyland, Mike Tempo, Candye Kane, Jeff Turmes and more. The most frequently involved collaborator however is Nathan James, the James Harman Band’s long-serving guitarist and favoured producer and engineer. Between James and Nathan, a superb job has been done of curating the tapes into a completely satisfying CD that stands comparison with all previous James Harman albums.

All key elements of a top notch James Harman record are present and correct here. Check out the uproarious lyrics on (I Am) The World’s Badluckest Man and Blue Stretchmark Tattoo and thrill to the West Coast jump blues vibe on Bad Feets/Bad Hair, providing space for Kirk Fletcher’s rollicking guitar fills. Then there are the stripped down after-hours blues of Leavin’ Fire and the closing The Clock Is Tickin’, involving just Icepick’s great vocals and sumptuous harp, Nathan’s guitar and Mike Tempo’s percussion .

Frankly, it is all tremendous, start to finish, and it whets the appetite for more. Just don’t leave it so long next time, James, y’hear?
Top
Post Reply
1 post • Page 1 of 1