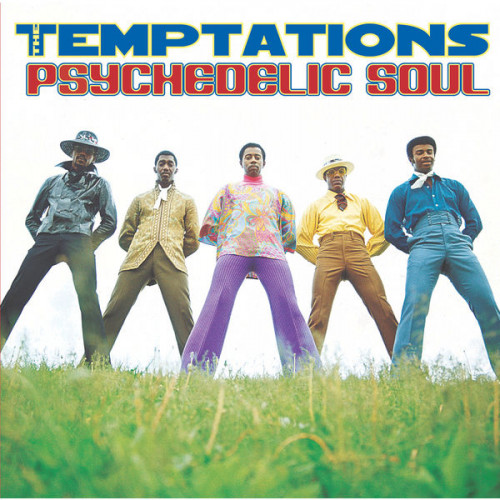 Two big changes happened for the Temptations in 1968. First, they parted ways with David Ruffin and brought in former Contour Dennis Edwards as lead vocalist. Edwards brought a rougher-edged soul sound to the group with his raw vocals. Secondly, they decided that the world of music was changing and they were standing still. The group went to producer Norman Whitfield and asked for a song that was more in tune with the volatile and psychedelic times. Whitfield came back with the incredible, layered, dense, and still funky "Cloud Nine," the song was a smash, and a new, more progressive era of the Temptations began. The double-disc Psychedelic Soul chronicles the best moments of the incredible union between Whitfield's forward-looking and innovative writing and production and the Temptations' incredible voices. The record picks up the big hits like "Cloud Nine," "I Can't Get Next to You," "Psychedelic Shack" (here in a previously unreleased extended version), "Ball of Confusion" (also here in a previously unreleased extended version), "Masterpiece," and "Papa Was a Rollin' Stone." It also fills in the gaps with a lot of album tracks from records the Temptations made between 1968 and 1973. Some of the highlights are the gripping "Slave," the funky "Hum Along and Dance," the very long and dramatic version of the Undisputed Truth's hit "Smiling Faces Sometimes," the hard-rocking "Ungema Za Ulimengu (Unite the World)," and the dubby, freewheeling "Funky Music Sho Nuff Turns Me On." By the end of disc two, the group slides toward Philly soul, albeit with an angry, political outlook especially on the heartbroken "Ain't No Justice" or the vitriolic "1990" from 1973. This is a well-selected disc that is a fitting testament to the talents of Whitfield and a stunning example of a band reinventing itself. Of course, it is also great funky dance music -- supercharged, psychedelic funky dance music, some of the best music Motown (or anyone) produced in the late '60s/early '70s.
Top
Post Reply
1 post • Page 1 of 1