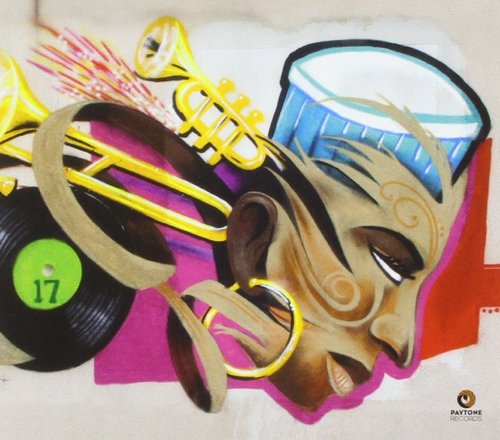 Nicholas Payton can be, or perhaps more accurately enjoys being, unpredictable. He moves to the beat of his own inner drummer.

Considering that on his brilliant 2013, Sketches of Spain, his trumpet is heard on 90 per cent of the 40-minute suite, it comes as a bit of a surprise that on his latest release, Numbers, the Grammy-winning musician blows the horn on just the first cut.

He also mans the Fender Rhodes that is his instrument of choice during the rest of the disc. It’s kind of quirky too that the title of the disc’s opener is “Two.” Likewise, cut two is titled “Three” and so forth. There’s a reason behind this madness that has to do with a previous recording session.

Vamping, riffing with some groove, funk and jazz thrown in are the mainstays of Numbers that harkens back and updates the music of the ’70s era. That includes bows to New Orleans and the Meters on tunes like the funky, bass-heavy “Six” and “Eleven.”

Payton’s accomplices on Numbers are members of Butcher Brown, a band of 20-something musicians based in Virginia.

The guys—Devonne Harris on Juno, piano, organ and bass, Corey Fonville on drums, Keith Askey on guitar and Andrew Randazzo on bass—share Payton’s mindset. The ensemble gets into a solid, head-boppin’ groove on “Eleven” with often-fiery drummer Fonville giving it a down-to-earth feel. Payton is the riffin’ melody maker.

Stray as he might, from trumpet to keyboards, from jazz to funk, Payton remains one of our own—one of our very best.
by Geraldine Wyckoff
Top
Post Reply
1 post • Page 1 of 1