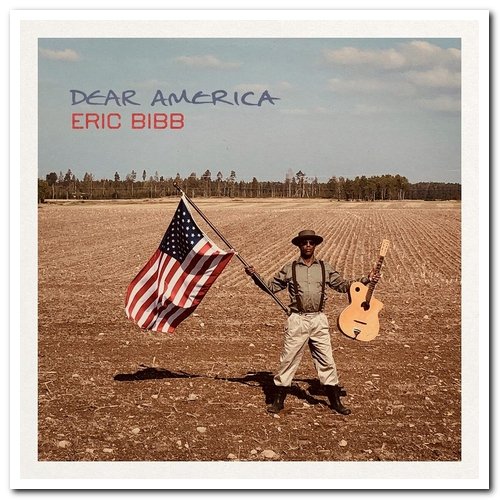 Veteran bluesman Eric Bibb returns with a new album Dear America, a continuation of his long-held commitment to promote social advancement and equality through art out Sept. 10 via Provogue Records/Mascot Label Group. Bibb, whose career encompasses five decades, two Grammy nominations and countless Blues Music Awards, is a living link to the civil rights era. He also happens to be a talented, committed artist working to keep the blues flame burning.

There’s some fine backing on this album. Singer-songwriter Shaneeka Simon lends her considerable talents, as does bassist Tommy Sims (Bruce Springsteen and Bonnie Raitt). Emmy and Grammy-Award winner Steve Jordan takes drumming duties and no less a personage than Eric Gales contributes guitar. It’s testament to Bibb’s standing in the blues world that he can muster such a heavy-weight roster. Dear America, explains Bibb, is “…a love letter, because America, for all of its associations with pain and its bloody history, has always been a place of incredible hope and optimism.”

“Whole Lotta Lovin” kicks things off in fine form. “Give me a little bit of jazz, a lit bit of blues, a little bit of calypso, honey you can’t lose,” sings Bibb in his honeyed, easy-yet-arresting voice, over a sparsely beautiful backdrop of finger-picked and strummed guitar. Some whispered harmonizing is all Bibb needs to conjure a song of remarkable depth and feel. You’ll hear West African influences in the ringing, subtly evolving and hypnotic playing, which sparkles and jumps, light of foot and mesmerizing. “Whole World’s Got The Blues” takes us deep into blues-rock territory, without sacrificing Bibb’s lightness of touch. Eric Gales’ burning, restrained guitar underpins Bibb’s rolling melodies to great effect. Jordan’s drumming is a powerful, stalking thing, agile as a panther. This is not about muscle, however, it’s about feel, and Bibb and company hold all the aces.

With its spoken-word introduction over flutes, “Dear America” recalls trail-blazers such as Gill-Scott Heron. “America, what in the world we gonna do? Temperature’s rising high, don’t let the fire of hatred burn in you,” sings Bibb, over hand-clap percussion and circling, wailing guitar. With its cut-and-paste feel and almost-sampled-sounding gospel shouts, it’s a composition which sounds entirely modern. The deep blues, however, are never far from the surface. Ringing steel guitar flutters around the edges of this arresting composition. “White And Black” opens with hummed, harmonized vocals, under which a stark yet lovely guitar riff swells. “Am I a saint in your mind, or surely a sinner?” sings Bibb, whose delivery is never less than compelling. “Centuries of crooked thinking…” Once more, Jordan’s sympathetic, hard-hitting percussion makes for a wonderful backdrop. Despite it’s open spaces, there’s a lush feel to this album, a polished sheen which is wonderful to hear and which never feels obstructive or artificial.

Bibb is a wonderful lyricist and composer. All the cuts on Dear America sound fresh and accessible, with enough depth and nuance to reward repeated listens. From intimate portraits to dramatic anthems, Bibb infuses them all with a highly personal, highly honest feel. With such talented players to back him up, this could never have been anything other than a fantastic set. What you’ll find here are thirteen memorable songs, charged with emotion but never hubris, delivered with love and in considerable style.
By Chris Wheatley
Top
Post Reply
1 post • Page 1 of 1