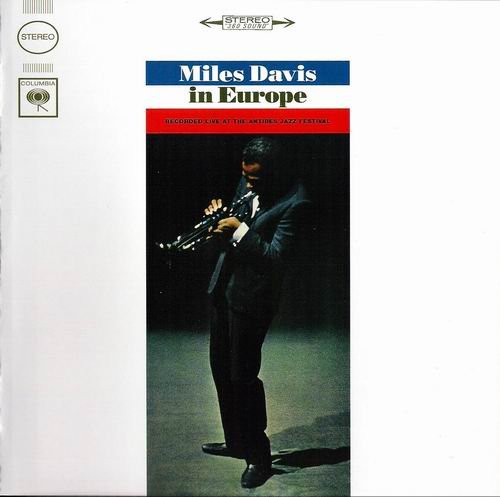 Recorded live in France at the Festival Mondial, du Jazz Antibes, Miles Davis in Europe captures trumpeter Miles Davis in late 1963. While Four & More and My Funny Valentine -- both taken from the same 1964 New York Philharmonic Hall concert -- are most often cited as this lineup's essential live recording, Miles Davis in Europe is a no less exciting listen. The band, including tenor saxophonist George Coleman, pianist Herbie Hancock, bassist Ron Carter, and drummer Tony Williams had recorded Seven Steps to Heaven a few months earlier, which would turn out to be the one studio album Davis would make with the lineup. Already, the band's adventurous, avant-garde leanings are on display with the young Williams propelling Davis to scorching heights on the fast swinger "Milestones." Similarly, Hancock helps turn the standard "I Thought About You" into an impressionistic and free-flowing ballad allowing Davis to spread wide swaths of tonal color and deep note bends across the stage. Although Coleman would depart the group in less than a year, he proves himself here to be a muscular, keen improviser who deserved more attention than he got at the time.
by Matt Collar
Top
Post Reply
1 post • Page 1 of 1