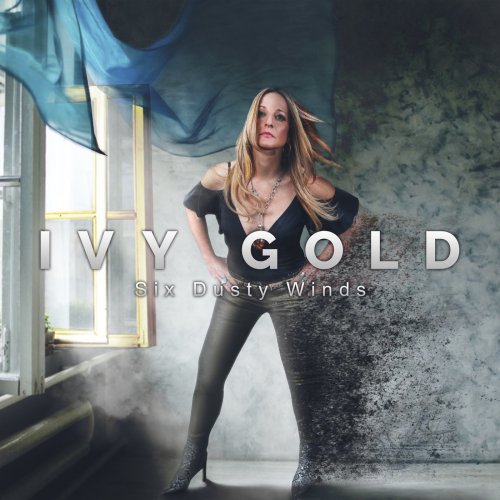 The pandemic has changed everything, or at least, most of our habits, work, and the way we do our daily things. Remote work or study has become the “new normal”. In 2020, also in music, this approach yielded several fruits via “collabs” or online live shows. The upside is that music, specifically the blues rock genre, still remains being written and played, no matter how hurdles are getting harder, or how physically distant the members of the group are. That’s the context where Ivy Gold chose (or was pushed to) to put their first full-length album out, Six Dusty Winds. Ivy Gold is a “multi-flag” band formed by Manou (vocals), Kevin Moore (bass) and Tal Bergman (drums) from the USA, Sebastian Eder (guitars) from Germany, and Anders Olinder (organ) from the UK.

The first song is “Face Of Deceit”, an original blues rock track with intricate parts and sensational work by the guitars and keys. “This Is My Time” has nice guitar work, arrangements, and a solo. In “Retribution”, the organ and choirs contribute decisively to the dark climate, also with a finger-style guitar and marked vocals. “Believe” highlights the rhythmic section of the band, with paced drum beats and bass lines. This song also has remarkable keys and guitar solos.

Manou’s vocals fit perfectly in the self-titled track, giving power and smoothness at the same time, while the rest of the band fill out the background like a blank canvas. The blues rock approach is back with “Suspicion”, starting with a tricky guitar solo over organ base. “Shine On” is a slow-paced songwriting, a refined melody with meaningful lyrics. “We Are One” starts with a powerful guitar riff continuing as a flawless group job on the parts until reaching a skillful drum and bass interlude. “Without You” is a kind of slow blues where Manou sings emotively. One of the highlights is Olinder’s middle organ solo and the “relaxed” snare hit that Bergman delivers in the end. The sensual vocals and unusual chord progression explored in “Born Again” contributed decisively to the mood of the song.

Throughout the songs of Six Dusty Winds, Ivy Gold got to keep their unison approach and personality. It’s a band that starts far beyond the take-off, thanks to the expertise and the long road traveled by its members. The album is expected to be out on March 12th. Definitely, they managed to record an excellent debut album, and we expect to see Ivy Gold hitting stages around the world soon.
Marcel Innocentini
Top
Post Reply
1 post • Page 1 of 1