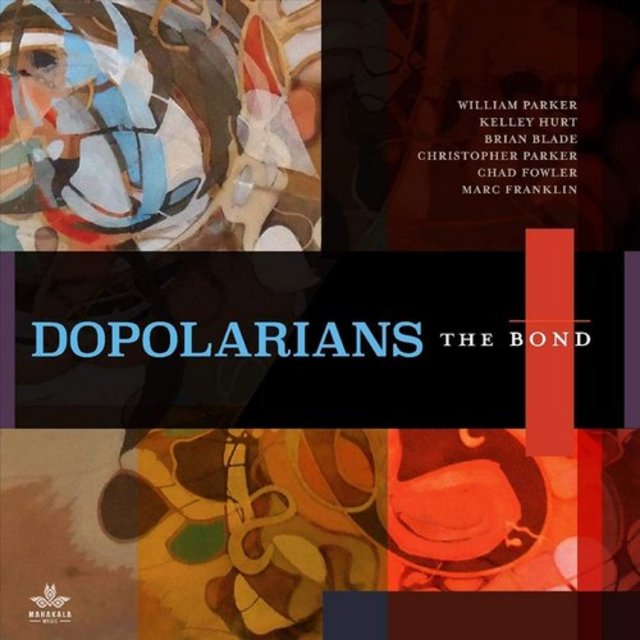 Once upon a time, three musicians, who came of age together during the last century's thriving free jazz scene in Memphis, joined forces in far off Little Rock. And they were gifted, and it was good. Alto saxophonist Chad Fowler and pianist Christopher Parker were experimenters going back to the 1990s, hovering in the orbit of the famed University of Memphis jazz department, two Arkansas jammers sharing a house in the Bluff City. They did one-off sessions with the likes of Frank Lowe or George Cartwright, or in combos with local luminaries. Ultimately Fowler introduced Parker to a Memphis singer named Kelley Hurt. The years rolled on.

Cut ahead a quarter century, and the three were living in Arkansas again, with Parker and Hurt now married, and all of them still committed to finding something fresh in jazz. When the couple was commissioned to write music in honor of the Little Rock Nine, the students who marched into Central High School in defiance of local segregationists in 1957, they recruited Fowler and another comrade from their Memphis years, trumpeter Marc Franklin, now an arranger and side man extraordinaire for the likes of Grammy-nominee Don Bryant. Parker and Hurt's creation would become the No Tears Suite, premiered in 2017 with much acclaim on the grounds of Central High itself; and it was for that project that the beat stepped in. And the beat came in the form of Brian Blade.

Adding the magic of rhythm to the mix, the group coalesced into something great, something resembling Dopolarians. Blade left his native Shreveport at 18 to learn from the many jazz masters of New Orleans, then applied that experience to found the Fellowship Band. Along the way, he drummed for even more legends, from Wayne Shorter and Herbie Hancock to Joni Mitchell and Bob Dylan. Beyond his drumming, he distinguished himself as a composer and songwriter in his own right.

While Blade's participation in No Tears Suite galvanized the group, and led to a stellar album of the same name, they weren't yet the Dopolarians. That group identity came about when other players were added to the combo, as Blade went on to his many other commitments.

The experience of bringing Parker and Hurt's composition to life left the core trio hungry for more creation. Working with Blade led them to set their sights high, and by the spring of 2018 they'd recruited two stellar players, well versed in the intricacies of free jazz. Bassist William Parker, who first came to prominence in his native New York with Cecil Taylor, was a perfect addition to set their course for free horizons, having developed a deeply philosophical approach to music over the course of two books, even as he pursued his playing beyond conventional jazz bass, developing a refined bowing technique and impressive skills on the West African kora.

And with drummer Alvin Fielder, Jr., the newly formed group found a kind of shaman, a mentor to help set the tone for all that would follow. Having left his native Meridian, Mississippi to study phamacology, he nurtured his drumming with a passion, finally ending up in Chicago, where he played with Sun Ra, ca. 1960. From there, he became a charter member of the paradigm-shifting Association for the Advancement of Creative Musicians (AACM). This pillar of experimental jazz thus brought a wealth of experience to the group from Little Rock, and, as they prepared for their first recording session in New Orleans, adding the fabled saxophonist Kidd Jordan to the mix, they became Dopolarians.

Their debut album, aptly titled Garden Party, was redolent of all the intimacy, beauty and wildness of a soiree in a Crescent City courtyard. And yet, to the players' great sorrow, it served as Fielder's swan song. He passed away in January, 2019, but his fellow Dopolarians, inspired by his memory, lived on.

Which brings us to The Bond, the group's latest offering to the gods of free expression and lyrical beauty, once again under the Mahakala Music imprint. With Fielder, their most inspiring force, having moved on, it was only fitting that they return to the beat that unlocked their potential in the first place: Brian Blade. And in this free context, Blade reveals his creative depths as never before, applying his acuity in the fleeting moments of creation, composer indeed.

Also returning to the Dopolarians' fold is trumpeter Marc Franklin, filling Jordan's slot with brassier tones. In November of 2020, on the very day that the world breathed a collective sigh of relief over the defeat of a racist presidential incumbent, the group convened once again in Marigny Recording Studio, the very site of their initial sessions with Fielder. And what transpired was truly phenomenal, an achievement of musical telepathy and empathy equal to any in the free jazz tradition. In three extended pieces, “The Bond,” “The Emergence,” and “The Release,” the collective hive-mind of Brian Blade, Chad Fowler, Marc Franklin, Kelley Hurt, Christopher Parker, and William Parker conjures up a dream, an ineffable narrative, springing from the unconscious, and flying free in directions both gripping and glorious.
Top
Post Reply
1 post • Page 1 of 1