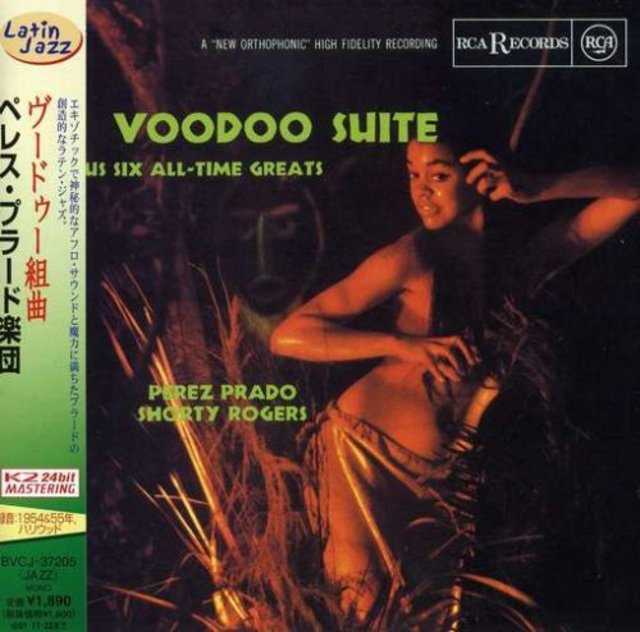 The sides of this album are unrelated. "Voodoo Suite" is Prado's classic orchestral composition combining Afro-Cuban and jazz in a "tone poem." It was recorded April 8, 1954, with a 22-piece band consisting of the Prado orchestra, Shorty Rogers, and other West Coast jazz musicians, mostly percussionists. The "African" chanting is hokey, but an exotic "jungle" mood is established by bass and drums. (Henry Mancini's "Hatari" sounds very likely to have borrowed from it.) While the suite provides room for plenty of solos and tempo changes, ultimately it is more an extended, sensational mambo than a classic of Afro-Cuban jazz. Evidently Prado was very excited about the project and rushed forward with it; greater planning and rehearsal would have helped. In the shadow of "Voodoo Suite," the filler "Six All-Time Greats" understandably gets overlooked. These are in the style of Mambo Mania, and indeed, "St. James Infirmary" appears on each album. The version here and three others are recorded in "mambo/La Culeta" style with strings, but the strings are barely noticeable.
Review by Tony Wilds
Top
Post Reply
1 post • Page 1 of 1