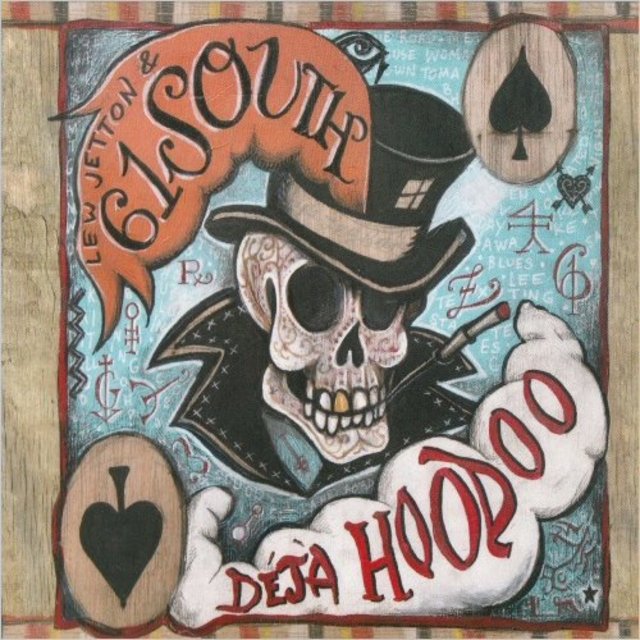 Lew Jetton & 61 South reflect on 30 years of dive bars, juke joints, honky tonks (some with chicken wire around the stages), festivals, parties, tattoo conventions, biker rallies, hoedowns, throwdowns, and so on and so forth from 1992-2022.

Along the way, the band produced four critically acclaimed albums and became a multi "Pick to Click" on Sirius/XM Radio's Bluesville Channel. Drawing from their previous releases, State Line Blues (2000), f ales from A 2 Lane (.2006), Raln (2016) and Palestine Blues (2017), Deja Hoodoo includes many of the bands most requested songs, from the hilarious "Waffle House Woman" to the Hard hitting blues of "l Been Cheated" to the contemporary themes of Mexico," Lew Jetton proves himself a clever and diverse song creator.