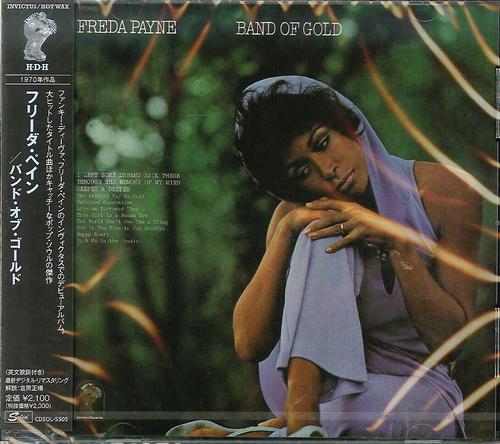 Although much of soul vocalist Freda Payne's early '70s association with the mighty Invictus label would be fraught with stress, her 1970 debut album, Band of Gold, was nevertheless a masterpiece of epic proportions. Touted on the sleeve as "people music, for people who like pop, rhythm and blues, ballad, hymns -- just about anything," Payne's set certainly reflects that wide range and, while the overall sonic tone of Band of Gold reflects her producers' Motown history, especially across songs like "Unhooked Generation" and the Holland-Dozier penned "The World Don't Owe You a Thing," there are other more spontaneous moments here as well. With a majority of the songs co-written by Ron Dunbar, who would go on to become part of the P-Funk empire, "Payne" wowed her audience first with the top hit "Band of Gold" before diving into "Deeper and Deeper." Both are downtempo love ballads, delivered with a maturity and richness that belies much of the balladeering of the era. Other standouts include the young love remembrances of "Through the Memory of My Mind," which allows Payne's vocals to stay fully in front and even includes a subtle Shangri-Las-y spoken work bridge and the smoky intro'd "This Girl Is a Woman Now." It must be said, however, that the title song -- truly one of the greatest soul ballads of all time -- so dominates proceedings that it is very easy to overlook these other gems, one reason why Band of Gold rarely attracts much attention today.
Top
Post Reply
1 post • Page 1 of 1