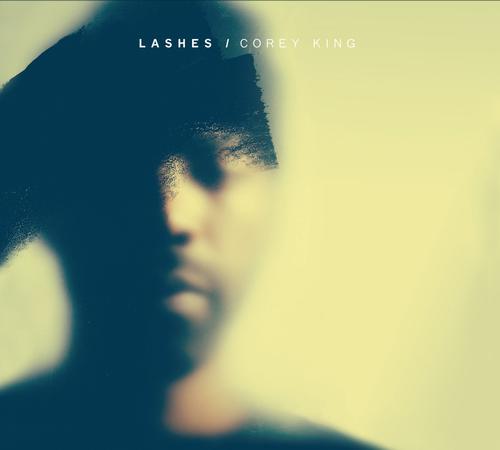 Corey King's Lashes was inspired after a short stay in Berlin in 2013. The dance culture there instilled the idea of creating music that would make people move. While on tour with Esperanza Spalding, Takuya Kuroda and Erimaj, King started experimenting with both electronic and acoustic configurations to pass the time after sound checks and late nights in hotels.

The recording for Lashes began the winter of 2014 in Brooklyn, N.Y. The idea was to take sequences out of his computer workstation and meld them with a live band. Jamire Williams flew in from Los Angeles to play drums, Alan Hampton played bass and Matt Stevens played guitar. After more writing and touring, King booked another session to finish the album with Matthew Stevens (guitar), Justin Tyson (drummer) and Vicente Archer (bassist) in late, 2015.

Lashes is an expansive album, a devoted and personal story of King's. It draws upon memories of King's childhood, especially those related to the painfully shy and insecure times. Other moments touch on the political and social issues of today.

The result of all these experiences, new creative endeavors and collaborations provides Lashes an opportunity to speak openly and undeniably to the world at last.
Top
Post Reply
1 post • Page 1 of 1