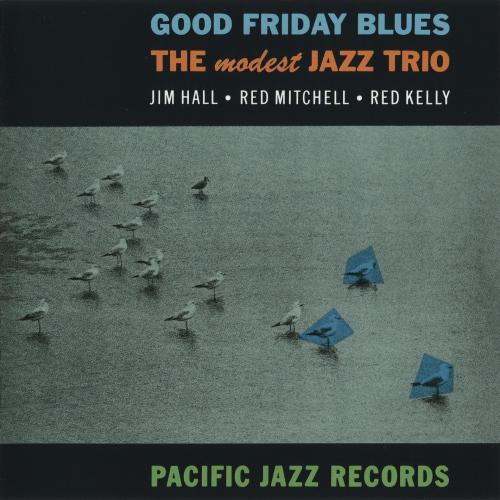 Other than a set in 1957, this long-out-of-print LP was guitarist Jim Hall's debut as a leader. The 29-year-old Hall was not exactly an unknown name at the time, having played with the Original Chico Hamilton Quintet and the Jimmy Giuffre Three; he was still a year away from joining Sonny Rollins. Subtitled "The Modest Jazz Trio," the band on this date consists of Hall, bassist Red Kelly, and Red Mitchell quite effectively playing piano (he was usually a bassist). The combination works quite well, performing what was essentially straight-ahead jazz. Originally, the unit was only supposed to record the "Good Friday Blues" for a blues anthology album, but the music felt so strong that the trio cut a full album in one day, performing three standards, two Mitchell originals and Bill Harris' "Bill Not Phil." Well worth searching for; hopefully Blue Note will get around to reissuing this underrated gem someday.
Review by Scott Yanow
Top
Post Reply
1 post • Page 1 of 1