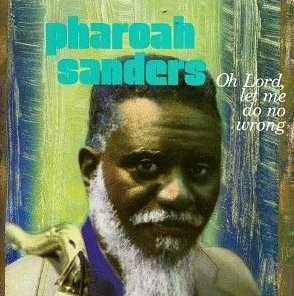 Although Pharoah Sanders was originally considered a firebrand, thanks to his wild early free jazz work in the '60s, his later records are actually more in the tradition of players like his one-time leader John Coltrane and, especially, Rahsaan Roland Kirk. The title track from this 1987 session could have been on any of Kirk's Atlantic albums, a mixture of gospel sway and free jazz honk that builds into a hypnotic swoon under Leon Thomas' rich baritone vocals. (Thomas also appears on his own composition, the blues "If It Wasn't for a Woman," and the closing "Next Time You See Me.") On the extended, relaxed take of Coltrane's "Equinox," Sanders doesn't try to copy his former boss' phrasing, but there's certainly a Coltrane-like elegance to Sanders' lyrical solo. In fact, Sanders' playing on the standard "Polka Dots and Moonbeams," which also features a lovely Vince Guaraldi-like piano solo by William S. Henderson III, is downright pretty. Oh Lord, Let Me Do No Wrong is a mellow and peaceful set by a player who no longer needs to make noise; whether old-school fans will appreciate this is debatable.
Review by Stewart Mason
Top
Post Reply
1 post • Page 1 of 1