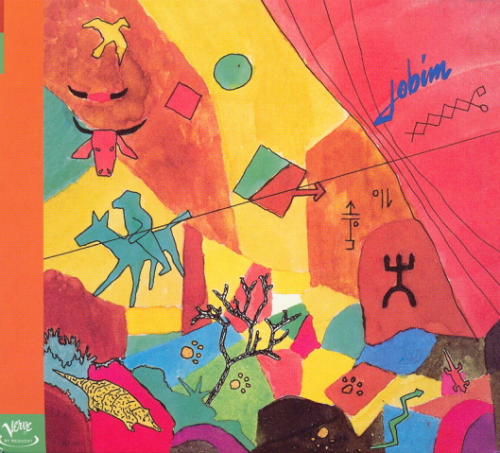 Though this is one of the more obscure Jobim albums, it did introduce what some believe is Jobim's masterpiece, the hypnotically revolving song "Aguas de Marco" (heard here in Portuguese and English versions). Mostly, however, the record lets listeners in on another side of Jobim, the Debussy/Villa-Lobos-inspired creator of moody instrumental tone poems for films and whatnot, with the instrumental colors filled in by Jobim's old cohort, Claus Ogerman. This was supposed to be a breakthrough for Jobim, bursting out of the bossa nova idiom into uncharted territory, yet a lot of this often undeniably beautiful music merely treads over ground that Villa-Lobos explored long before ("Train to Cordisburgo" especially). In any case, Jobim would explore his serious muse with greater success later on.
Review by Richard S. Ginell
Top
Post Reply
1 post • Page 1 of 1