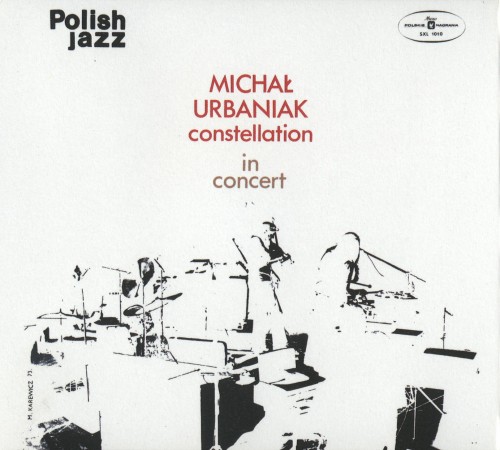 Where there's constellation there are stars. No doubt about this. During that concert back in May 1973, at Warsaw National Philharmonic, Urbaniak, Dudziak, Karolak, Makowicz and Bartkowski presented mature possibilities of the Polish brand of fusion. In truth, the recorded music not quite justifies this label.

Just consider quasi-cello beginning of the third number "Spokoj" (Quietude), or romantic phrase in the last number. Nevertheless, Michal Urbaniak, his electric violin and his compositions define the style in which all players feel at home. Karolak, playing his beloved Hammond organ and Farfisa, dominates in "Seresta", a wonderful number, full of drive, founded upon the simple motif (d,c-sharp,d,e,c-sharp,b). Makowicz successfully conveys (especially in "Summer") his subtle and Urszula combines her vocal art with electronic effects that were at the cause of much sensation. Impression, onomatopoeic sounds and cadences blend into vague illustrations in this music. The successive taking over of more important melodic threads by way of overlapping creates an impression of seampless continuity. The whole is a rich amalgam of sounds and precisely such ensemble playing was at the time gaining attention after years of solo-variations on a theme. The essential role in those Urbaniak composition play drums and Bartkowski carriers it off wonderfully.

After five years Karolak reminisces: "Back in 1973 we started doing together with Urbaniak interesting things. Michal inspired me... That was a magnificent period in my music life". For Makowicz it was also a good year: "Playing with Urbaniak I learned the most... but he was too much fascinated by electronics and so our ways parted". The concert and consequent recordings became the real milestone in the musicians careers and for three of them even a spring-board toward the world acclaim and success, for in that same year Michal and Ula went stay in the United States, and Adam went in their wake few years later.
Top
Post Reply
1 post • Page 1 of 1