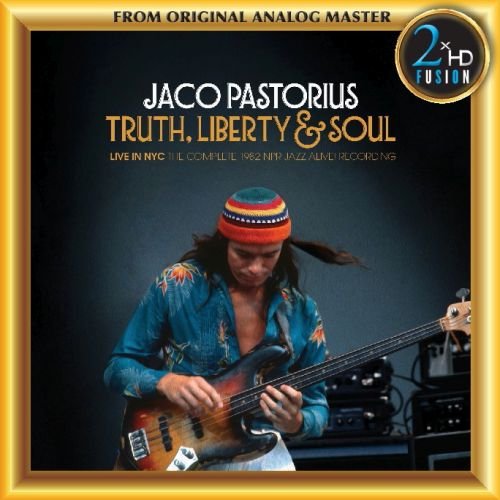 Featuring a congregation of the top jazz musicians on the New York scene at the time such as Peter Erskine, Bob Mintzer, Randy Brecker, Jon Faddis, Frank Wess, Lew Soloff, Howard Johnson and others, along with the legendary harmonica player Toots Thielemans as a special guest, 'Truth, Liberty & Soul' showcases Jaco's brilliant compositions for large ensembles with electrifying energy of a live performance.

A portion of the concert was previously broadcast on the NPR program Jazz Alive! in 1982, and has been available as unofficial bootlegs, but this is the first official release authorized by the Jaco Pastorius estate, Warner Music Group and NPR Music and contains an additional 40 minutes which never aired. Culled from the original NPR 24-track tape reels, this is the complete concert from start-to-finish, with the sound meticulously restored for release and mastered by the original, multi-Grammy award winning, recording engineer from the broadcast, Paul Blakemore.